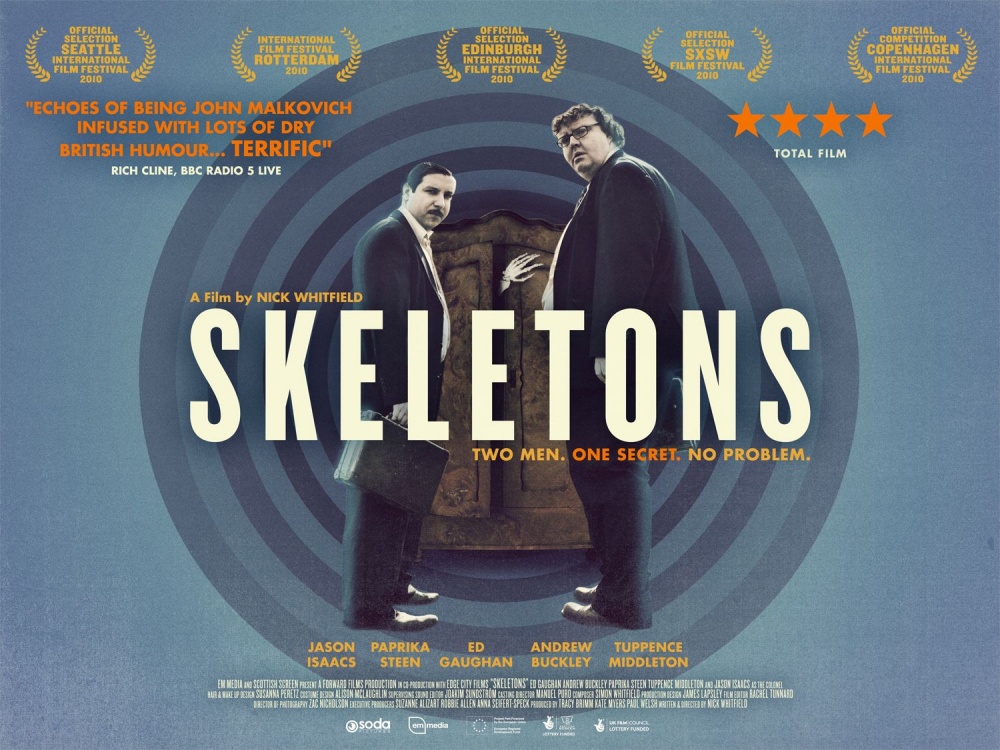 Think of Terry Gilliam directing Penn and Teller (Bennett and Marcus in this case) in a low budget film. Two men travel from town to town with their Ghostbuster equipment, revealing the “skeletons” in peoples’ closets and making their customers sign lots of ridiculous release forms. Bennett and Marcus seem to work for some clandestine international organization, but that part is never explained.

This is probably the first movie I’ve ever sat through the question and answer session for before seeing the actual film. The director was talking to the audience and I happened to be at the theater to pick-up my wife from a late night showing, so I sat and listened.

Apparently it was relatively easy to deposit a small boat in front of the cooling towers of a nuclear power plant and film some of the scenes. The crew came up with the idea for a scar on the colonel’s neck (which makes it look like someone tried to cut his throat) while sitting in a pub. The director’s brother wrote the musical score, and the director’s son played the part of the boy.