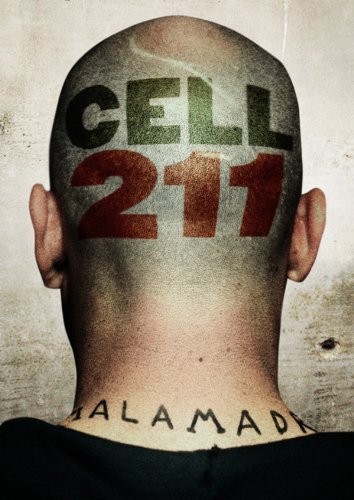 A prison riot traps a new guard inside the cell block with murderers and psychopaths and his only choice is to pretend he’s one of the prisoners in order to survive. And somehow, his young pregnant wife (who lives nowhere near the prison) manages to get entangled in all of this–I’m still scratching my head about that “twist”.

The plot is predictable and the characters are simple, but I liked it.

Was the movie better because it was spoken in Spanish and had a cast of foreign actors I’ve never heard of? If ‘Cell 211’ had been in English with a well known American cast, would I have liked it less? Perhaps we’re sometimes more forgiving to foreign films, and perhaps a re-release of Event Horizon dubbed into Italian could be this summer’s comedy hit. Afterall, it was pretty funny the first time around.