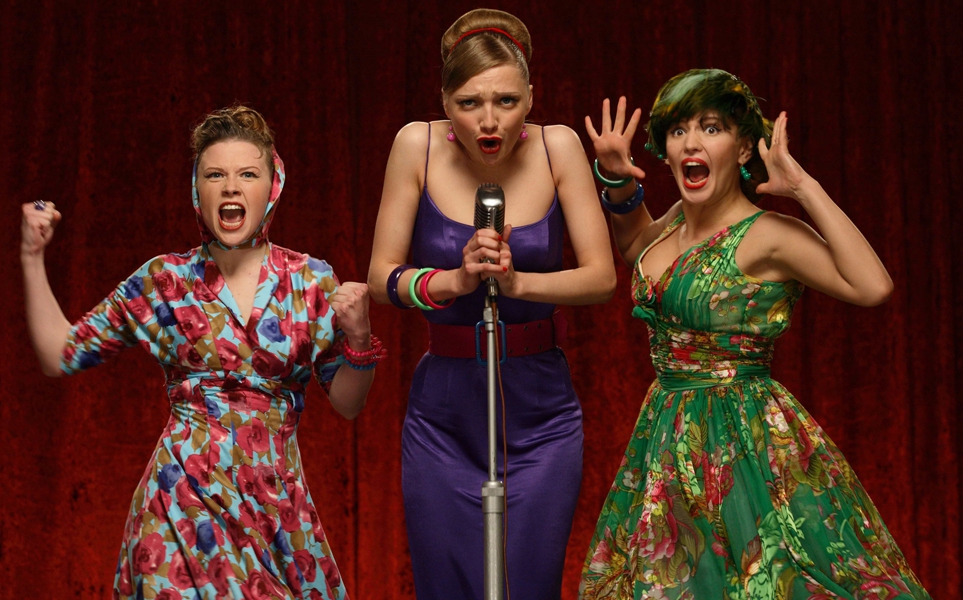 It’s a Russian musical about jazz music and hipster clothing, teenage exploration of alternate lifestyles, general rebellion against the party line, all taking place during the 1950’s. This is a really fun film, something I don’t believe I’ve ever said before about a Russian movie. The colorful costumes, swinging music, and characters’ energy are emotionally uplifting.

This was winner of the audience award for best Feature Narrative at the 2009 Anchorage International Film Festival, a festival whose motto is “Films worth freezing for”. It also looks like it won most of the 2009 Golden Eagle Awards from the National Academy of Motion Picture Arts and Sciences of Russia, an organization whose motto could be “Титульная страница” but I can’t really tell because their entire web site is in Russian.