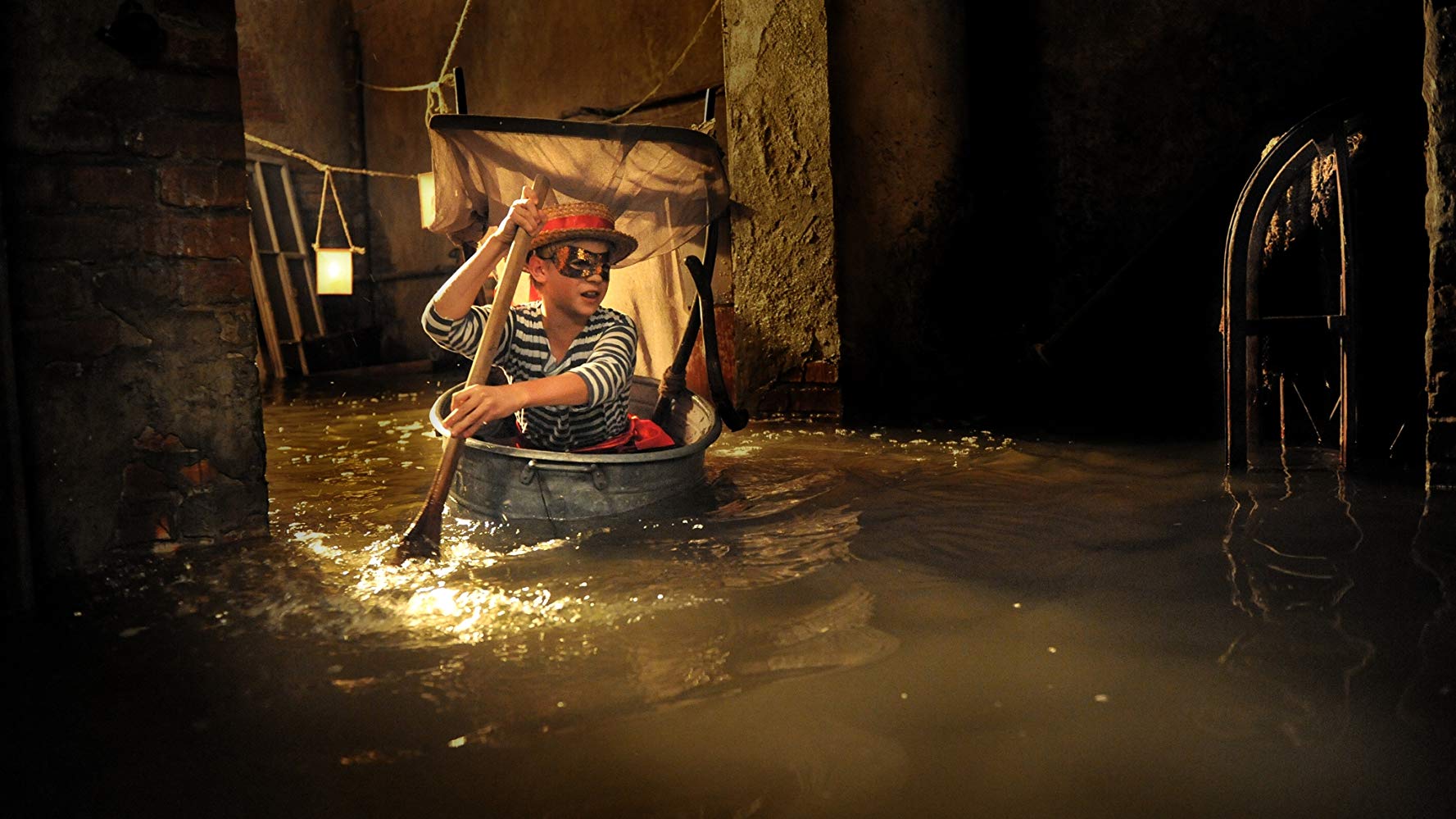 Eleven-year-old Marek dreams of a trip to Venice. He even owns a portable, fold-up model of the city. In his spare time, the boy likes to memorize Venetian street names and nag his parents to take him to Italy the “next time” they go. Why the f&@% he wants to visit Venice, no one ever says–Maybe Venice is just a fairytale vacation he will never have, whereas WWI will soon be his and everyone else’s reality.

This movie opens with Marek’s alcoholic mother and visibly nervous father picking him up at boarding school. The boy is whisked away to an aunt’s farm in the Polish countryside where he has been sentenced to spend his summer vacation. As other aunts and cousins arrive at the farm, the mood is almost that of a family reunion. The mood is almost festive.

However… keep in mind that Poland is part of Eastern Europe, and Eastern European dramas rarely end happily. I think the last scene of this film where a crazed Russian soldier-turned-piano player sprays the room with bullets and kills the last character we even care about sums up my point nicely 🙂