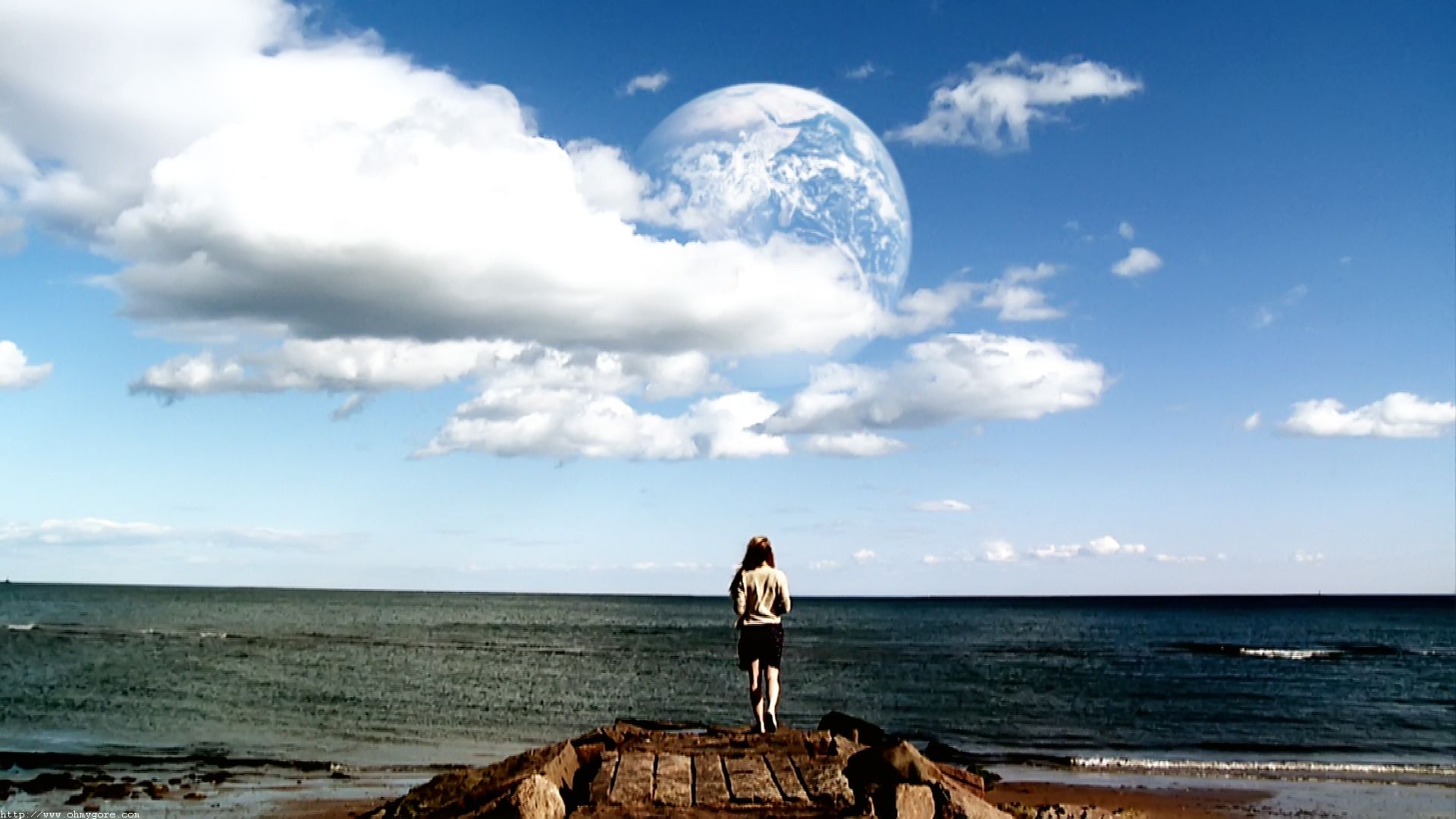 On paper, this film should not work. Much of the plot is a recycled cliche. Aside from the lead actress, there’s little or no character development. The premise of a “mirror” earth and moon is preposterous and presented in a way that completely ignores all physical laws. Combine those weaknesses with several over-telegraphed scenes and the repetitious over saturation of set content (more sci-fi books, planets and empty bottles are not better) and you’d expect this production to sink deep into the realm of silly. But as a whole, it sort of works though I don’t know why.

Rhoda Williams (played by Brit Marling) has just been accepted to MIT. Looking at her bedroom, I’d say she wants to be an astrophysicist. But Rhoda is reckless, likes to drink and drive, and manages to kill the son and wife of some Yale professor in a head-on collision. That incident pretty much ends her life when she’s sent to prison for 4 years. On the same night of the accident, Earth #1 discovers the existence of Earth #2 (an important fact that spawns an even more important plot point towards the conclusion of the film).

Marling’s performance is very solid and I enjoyed it. She’s also the screenwriter for this film. See it and keep an open mind, try not to be too critical and just absorb the planet rays from the other Earth.