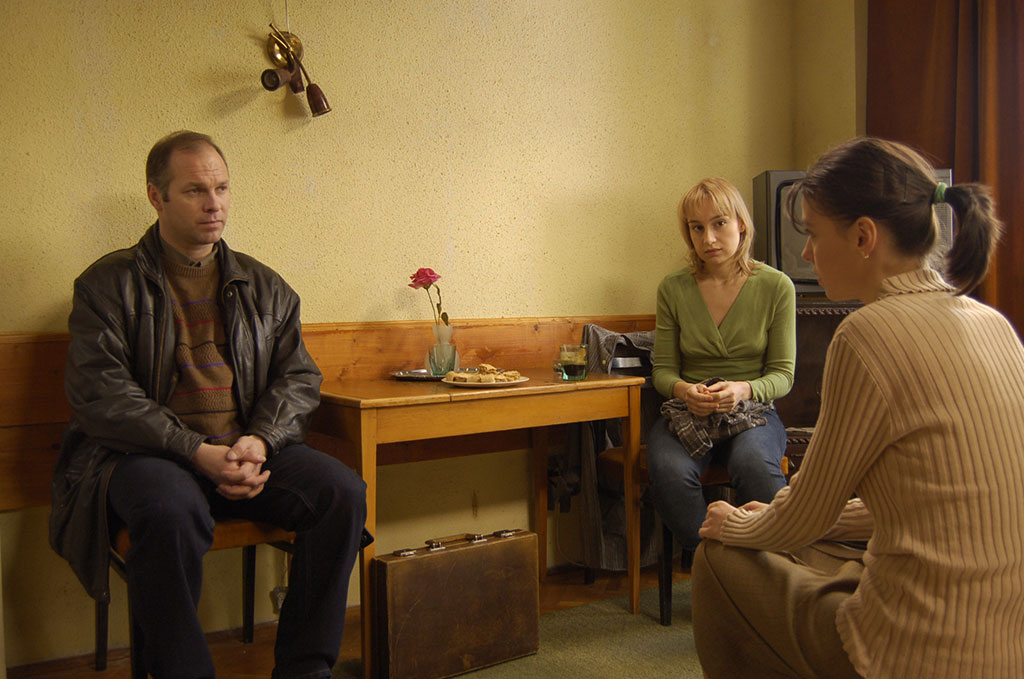 This film was hard to watch, but not because some scenes are poorly lit, or because all of the characters speak Romanian. No, I am fluent in Romanian. And can see in the dark. What was hard to witness was the exploitation of a young woman seeking a late-term, illegal abortion. Well, that and the recognizably human fetus laying on the hotel’s bathroom floor three quarters of the way through the film. But, let’s rewind for a moment to see how we arrived at this situation.

After a 1957 decree legalizing abortion in Romania, that country saw an accelerated decline in its crude birth rate until, in 1966, it reached an alarming low of 14.3 childbirths per 1,000 people per year. The reason for concern was that diminished procreation of that level is barely capable of replenishing the dying generations. At the time, some politicians believed that the change in law was directly responsible for the drop in births. However, according to a paper written by Manuela Lataianu with the Polish Academy of Sciences in Warsaw, this was just one of several factors that contributed to the decline.

In 1966, Decree 770 criminalizing abortion was passed. That abrupt change in policy produced more dramatic and long-term effects than the original legalization. One of those effects was a substantial increase in dangerous and illegal abortions.

The film opens with a dizzying exchange of favor trading and merchandising as Otilia (Anamaria Marinca) runs from floor to floor trying to purchase a pack of cigarettes for her roommate. Her building resembles a thriving underground market of consumer goods where a random knock at the door might reveal lines of make-up products, shampoo, or perhaps cases of chewing gum. You get the impression that there weren’t a lot of retail stores in Romania at that time.

Gabita (Laura Vasiliu) sits on the bed waiting for Otilia in the college dorm room that the two share. She has an exam in one of her classes today, but she won’t be going. Instead, she’s reserved a hotel room for the next three days. That’s where she will go to meet Mr. Bebe, the man who will help her with her problem for a price. Only, he doesn’t want money, he wants something much worse in return. What Mr. Bebe doesn’t know is how pregnant Gabita really is. On the phone she told him 2 months, but in reality it’s been long enough for the procedure he’s about to perform to be considered murder.

There is a second thread to this story, one involving Otilia and her boyfriend. On the evening of Gabita’s abortion, Adi (Alexandru Potocean) summons Otilia to his father’s birthday party. His family seems very entrenched in pre-capitalist, communist ideals which Otilia does not share. For obvious reasons, she does not want to attend. This is the end of the golden age of communism in Eastern Europe.

And don’t forget to visit the Transilvania Film Festival ! I did not know they had one.