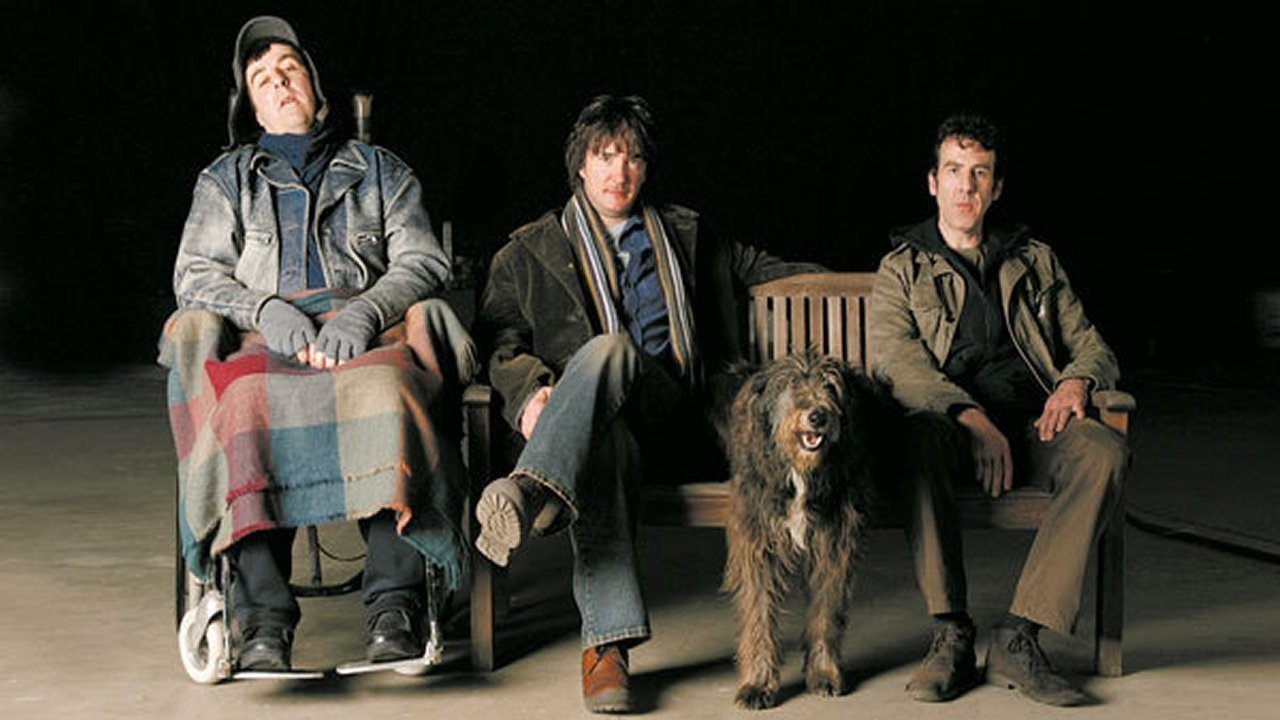 Mark (Mark Doherty, who also wrote the film) is an actor who can’t get a break, or a job. His brother is paralyzed and unable to speak. His girlfriend is ready to leave him. His dog is too bored to go for a walk. He’s behind on his rent, and his apartment is falling apart in parallel with his life. The landlord isn’t much inclined to fix the bathroom door that locks people in or the kitchen light that flickers constantly or the windows that slam shut without notice.

Fortunately, Mark doesn’t seem too bothered by these setbacks. He and his unemployed, alcoholic, gambling-addicted best friend (the always entertaining and frequent Simon Pegg sidekick Dylan Moran) are too focused on who will play themselves in the movie they are writing, in which someone maybe commits a crime, or doesn’t, but which will be epic. And Mark is genuinely shocked that, in the midst of all of this, his girlfriend doesn’t see the wisdom in his booking an evening at a four-star hotel to get their relationship back on track. He’s as helpless as he is hapless, it seems, and not someone cut out to deal with a crisis. But this is a black comedy, so of course there will be a crisis.

Black comedies are a strange genre. They’re not generally funny as such, but they work best when the calamities pile on absurdly enough that you can you can’t help but laugh, even as the main characters dig the hole deeper and deeper. And as that happens, whether by the hand of fate or the hand of the heroes, otherwise normal people start behaving in increasingly abnormal ways, and the hole gets that much deeper. The comedy gets blacker, and you’re supposed to feel uncomfortable. And then something else happens to make things worse.

As fate plays increasing crueler tricks on the pathetic Mark, at least he has his best friend along to help him consider the options for dealing with the crisis, like how believable a movie the story would make. And to remember the bleach.