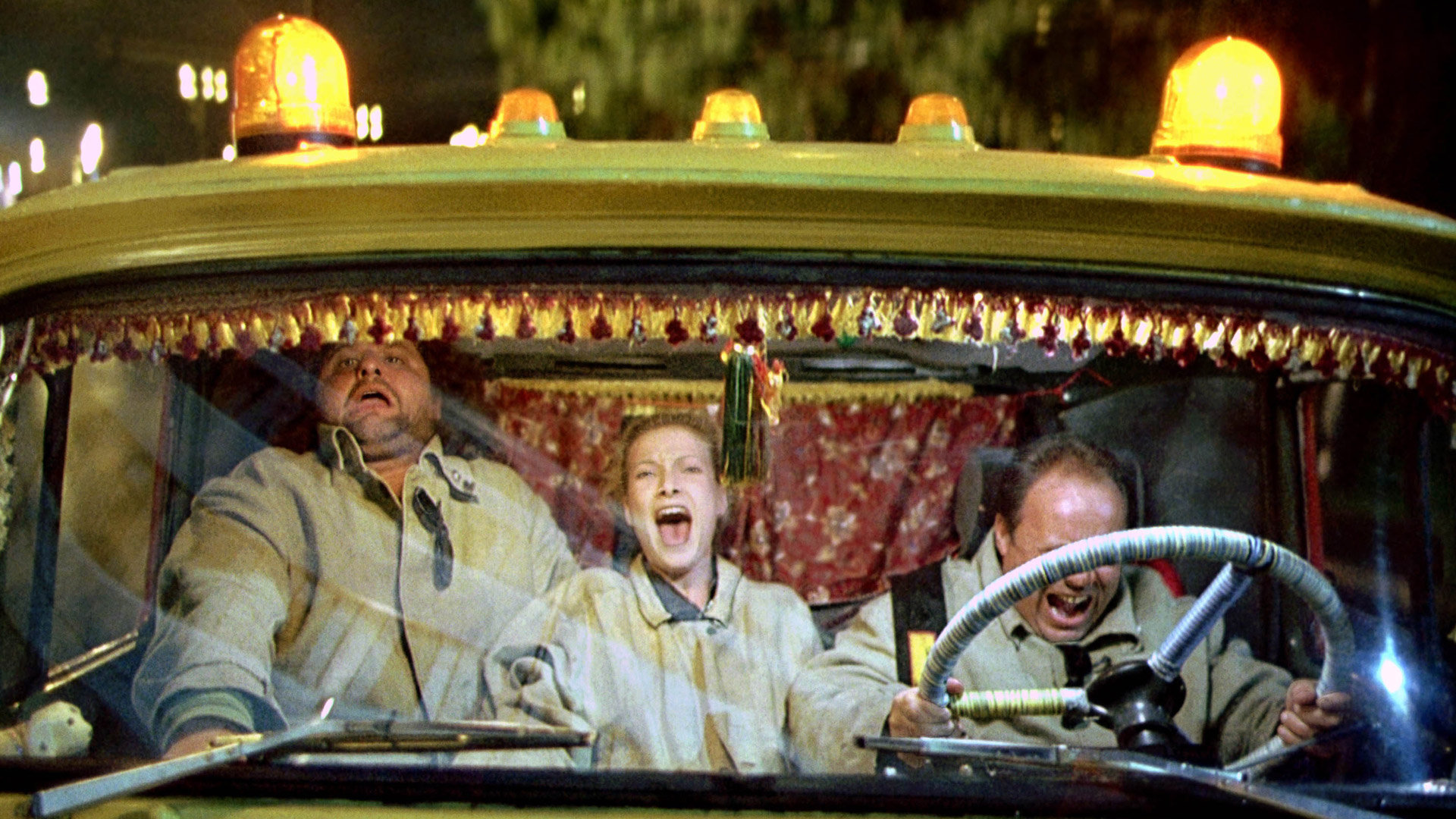 “The world within the world” is a popular theme in fiction. People like to imagine that there’s more to their dreary lives than is visible (e.g. dark matter). Everyone’s familiar with Harry Potter and his make-believe universe of witches and wizards that runs parallel to the Muggle world. Night Watch is the first in a trilogy of movies (the second being Day Watch) about an alternate reality in which ancient forces of Light and Dark maintain a centuries old truce and police each others actions. It’s based on a series of novels by Russian author Sergei Lukyanenko.

Alongside normal people, live a society of “Others”. Others are human beings with supernatural abilities ranging from extremely long lifespan to shape shifting to psychic surgery. Some even have tendencies toward vampirism, but must obtain a license before feeding on the general public. The words “good” and “evil” are used interchangeably with “light” and “dark” in a few places. The substitution of evil for dark doesn’t sit well with some of the Others. The two forces are not disjoint, some are next door neighbors and even friends. Destiny is not predetermined. When one is found to be an Other, they must choose sides and decide between light or dark. Kind of sounds like somebody wants to serve you a slice of turkey, doesn’t it?

The story begins with our main character Anton Gorodetsky (played by Konstantin Khabenskiy) secretly visiting a witch to contract the dark-magic abortion of his girlfriend’s “unwanted” pregnancy. It’s here that we learn of the grey area between good and evil. Flash forward twelve years to present day Russia and an older Anton is now part of the Night Watch, an organization whose job it is to police the actions of Dark Others. Anton’s current field assignment has him working under cover, drinking blood and tracking vampires when something goes terribly wrong. Anton is forced to kill one of the Others that he’s been shadowing, an action that will have consequences far into the next sequel.

Despite the presence of vampires, there is no teenage romance (I’m looking at you Bella Swan). There are a few, well timed comedic moments which effectively diffuse the story’s gloomy mood, but Night Watch is primarily a horror drama. I liked filmmaker Timur Bekmambetov’s choice in cinematic special effects. Sudden shifts from fast-to-slow motion and quick zooms in-and-out give scenes a surreal quality and the characters a superhuman appearance. The soundtrack of alternative, hip-hop, and metal Russian rock complements the wardrobe department’s choice of rough and worn looks (field personnel typically wear coveralls and clanky tool belts).

But I don’t like the trailer, it’s not representative of the film. Watch it if you must.