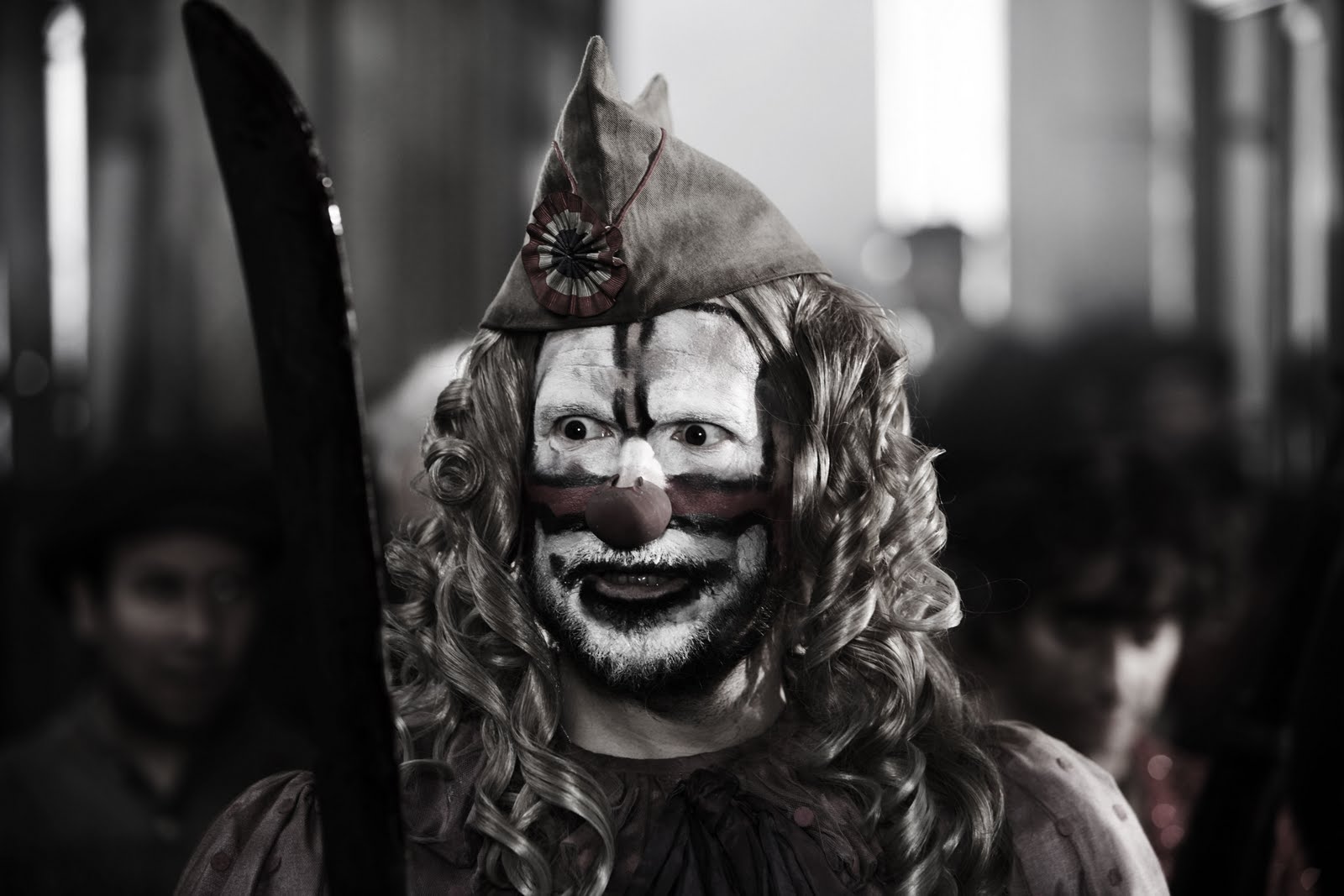 Director-writer Alex de la Iglesia’s most recent film opens with a machete wielding man in makeup. Padre-Payaso tonto (Father-Clown fool) is a “happy” circus clown who would rather not choose sides in the Spanish civil war. However, the year is 1937 and a right-wing authoritarian regime is about to take control of Madrid. Denied even a change of clothing, Father-Clown and his big top troupe are drafted to fight the nationalists while still in costume. After single-handedly slaughtering an entire platoon, the fool is captured by Franco’s soldiers and imprisoned at a work camp … where he’s later trampled to death by a horse. 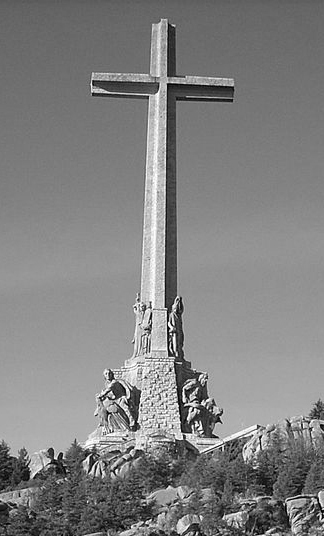 The opening scenes set the tone for the rest of the film, a brutally absurd, grotesque collage of not-quite-comedic situations and insane acts. Leaping ahead to 1973, we’re introduced to the movie’s love triangle and three main characters. Sergio is a “happy” clown and star of his circus. He likes to beat his wife in diners and in front of co-workers. Natalia is Sergio’s wife, a beautiful temptress and aerial contortionist, a girl who likes it rough. Javier is the “sad” clown. He has a lot of psychological baggage, and did I mention that he’s the traumatized son of Padre-Payaso? The fact that Javier’s job is to be publicly humiliated by Sergio at every performance is probably not in the best interest of society at large–something’s liable to snap in Javier’s fragile psyche, and it eventually does.

Javier’s obsession with freeing Natalia from her abusive marriage plunges the circus into chaos. After savagely beating Sergio (almost to death) and disfiguring his face beyond the repair of even their skilled veterinarian, the ringmaster is forced to close the big top and open a go-go bar called “Kojak”. That’s right, the trapeze artists trade in their horses and elephants for a stage backed by giant mural of Telly Savalas.

Meanwhile, running naked through the countryside and hiding from the authorities, Javier is nurturing his psychoses and devouring uncooked deer meat. At one point he manages to fall in with a pack of scent hounds and spends time retrieving shot laden pheasants for one of Franco’s hunting parties. But alas, Javier bites Franco’s hand and is let go.

The sets and cinematography of The Last Circus are its strong points, they remind me more than a little of the 2008 film Il divo (the politics were foreign but it still managed to entertain with its carefully architected visuals). The image of Javier preparing for battle, bleaching his face with chemicals and using a hot iron to create the guise of rosy cheeks and red lips is both unsettling and bizarre. The screenplay itself does not make for a terribly interesting story, so don’t expect an engrossing plot filled with complex characters, pretty much everyone in this story is selfish and insane.