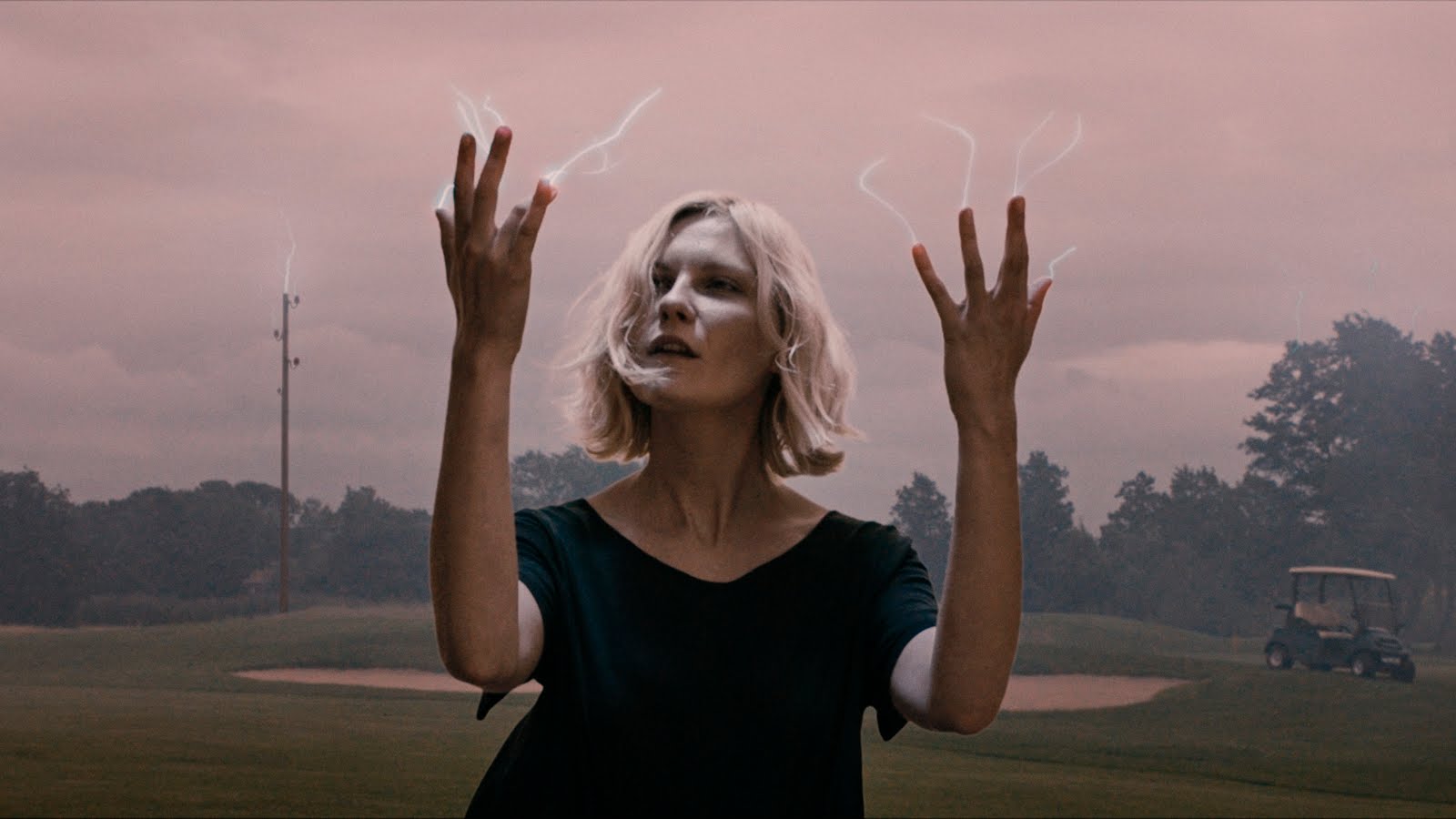 Melancholia: a distinct mood disorder, identified by unremitting depressed state of mind, vegetative dysfunction, and psychomotor disturbances, verifiable by neuroendocrine tests, and treatable by electroconvulsive therapy and tricyclic antidepressants. Also, it’s the name of a mega planet 10 times the size of Earth and on a collision course to wipe out all of humanity.

Melancholia has a long medical history and goes by many names. Treatments have evolved over time, I’m not sure that electroshock is still prescribed. It sounds like a debilitating disease, but which state of human existence is the “correct” one? By definition, a pathology is the functional deviation from the medical norm, or perhaps from society’s expectations. Director Lars von Trier considers himself a melancholic and the primary objective of this project was not the production of a film, but von Trier’s exploration of depression and a means of getting himself back on track emotionally. It always helps to combine goals.

The movie opens with Justine’s visions of the end of the world, a sequence of beautifully composed, ultra-slow motion scenes that capture the moments leading up to Earth’s destruction. Lars has lived with an anxiety of doomsday for much of his life and believes that the human race is alone in the universe. Justine (Kirsten Dunst) is a melancholic with the same disposition as Lars. The upfront disclosure of our planet’s fate sounds like a plot spoiler, but it’s arguably necessary in order to achieve the film’s secondary goal–a character study of how Justine, her sister and her brother-in-law react to certain death.

The trio’s story begins a few months earlier on Justine’s wedding day. She’s hours late to her own reception, a catered evening at a Swedish castle on the cusp of an 18-hole golf course. Family tensions are high and Justine’s sister Claire (Charlotte Gainsbourg) is trying desperately to keep the guests from one another’s throats. Though Justine is the depressive of the pair, her mood seems to calm during the weeks following the wedding. As Trier explains, the sisters’ demeanors are reversed–melancholic people are often most functional when circumstances are dire, and “normal” people tend to fall apart. Yet others, like Claire’s husband John (Kiefer Sutherland), are convinced that the scientists are right (or at least not lying) when they say that Melancholia will fly past the Earth and keep on going. John is clearly in denial.

You might be asking yourself “where did this planet come from?” Like another 2011 movie (Brit Marling’s Another Earth), Melancholia has been hiding behind the sun. Unlike Marling’s dreamy and self-blaming screenplay, we are not introduced to the new planet by a family gathered in their living room to watch the live, television broadcast of first contact with a doppelganger-filled world. Not surprisingly, von Trier’s treatment of this discovery is much more surreal. Audiences gradually gain knowledge of the characters’ predicament through devices such as matter-of-fact conversation or Claire’s viewing of the phenomenon’s Wikipedia page. The color, lighting and overall cinematography is dreamlike and beautiful. Emotionally, there is a draining finality to the story that made it difficult to watch.

If you’re a festival follower, or just listen to entertainment news, you may recall the controversy stirred at 2011 Cannes by Lars von Trier’s comments about the Nazis. Honestly, other parts of that interview were more bizarre than his proclaimed understanding of Hitler. Part of the problem is that von Trier sometimes neglects to fully explain his comments (I had no idea why he brought up the idea of making a 4 hour porno flick until I did some research and discovered that his next project may be about nymphomania). After being added to the festival’s “unwelcome” list, Lars publicly apologized for his statements, only to revoke that apology a few months later. The mortified look on Dunst’s face during the original interview says it all. I worry that these incidents will prevent the film from being nominated for any Oscars, which looks to be the case if its exclusion from the SAG and Golden Globe awards is any indication.

There is a real celestial body in our solar system named Melancholia, but it’s an asteroid, not a mega planet. For more information, visit NASA’s web page describing the orbit of 5708 Melancholia. As for the film’s title, it’s in reference to the planet Saturn and its association with one of the four ancient temperaments: sanguine, choleric, phlegmatic, and melancholic.