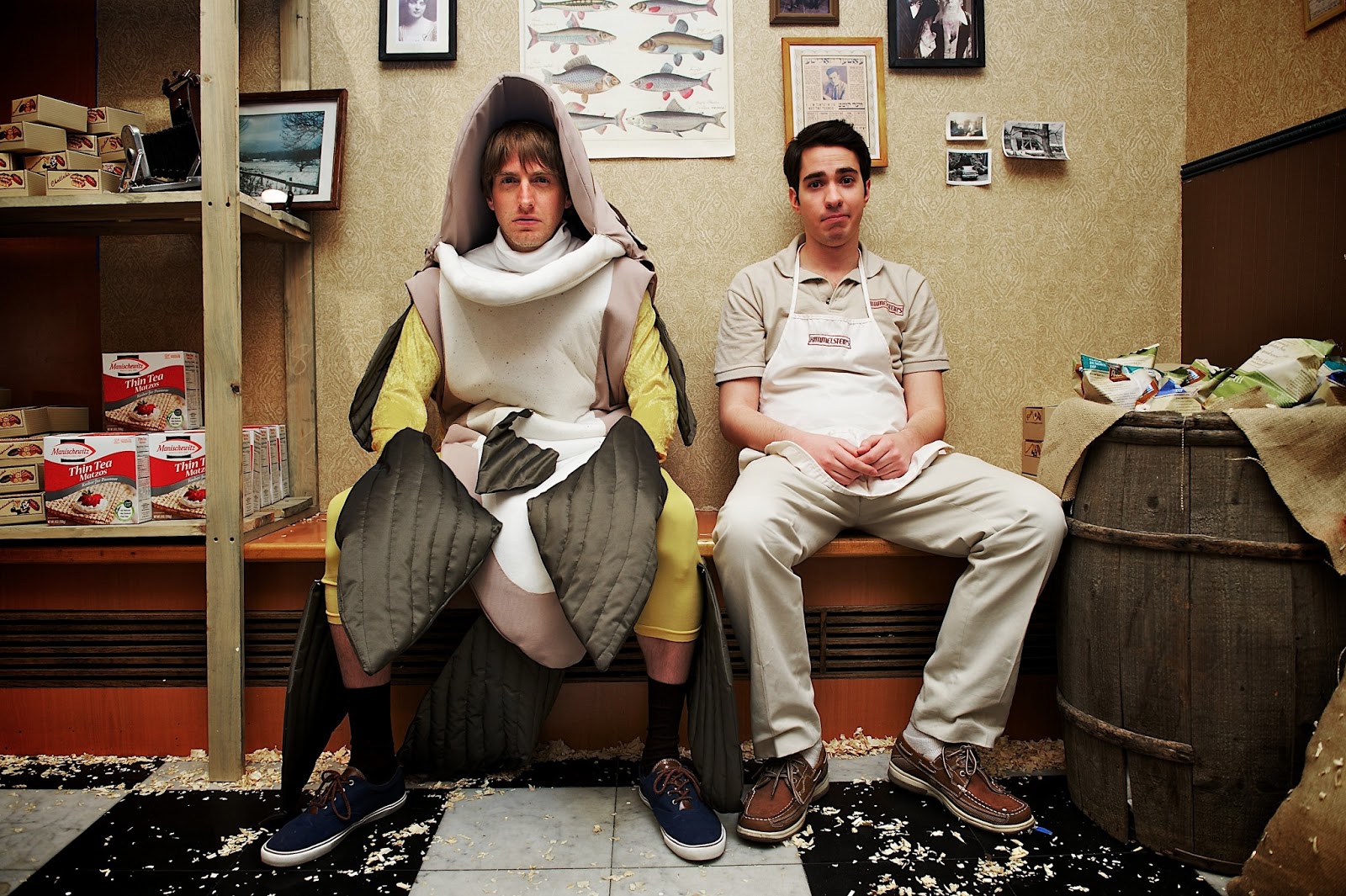 A decoration built around a representation of the Nativity scene and traditionally placed under a Christmas tree in Pennsylvania Dutch homes.

Manhattan’s Upper West Side is a significantly Jewish neighborhood, and home to one Jew in particular, Walter Himmelstein (affectionately known as Putzel). Walter has plans to take over the family business when his uncle retires, a smoked fish shop that he grew up working in after his parents were killed in a car crash. His parents’ accident isn’t a sad memory though; Walter recounts for the audience how he sailed through the car’s open window and landed unharmed in a clump of bushes (a story that even made the newspaper). Throughout this movie, bad things happen to its characters, but everything works out for the best in the end.

Walter is not a penis, nor is he a stupid foolish jerk, in my opinion. He is ineffectual though, and lacks the ability to cope with even the simplest of situations. For example, Walter breaks out in hives when trying to cross beyond the borders of 116th or 59th street. He exists in the microcosm that is the Upper West Side and isn’t able to deal with the world’s existence beyond the boundaries of his neighborhood.

Stereotypes abound in this film. However, instead of overpowering the story, the boilerplate racial behaviors add color to the plot and help guide its progression. There’s the greedy Jewish uncle, the persecuted Jewish nephew, a crazy Russian delivery guy, and a hardworking Chinese employee that wants to secretly buy the smoked fish shop with money he’s scrimped and saved over the years. And then there’s Sally (Melanie Lynskey), the bartender who aspires to be a dancer. She’s the free spirited vagabond chick that Walter is destined to fall in love, and the girl that will help him overcome his fears.

There is nothing earth shattering or original in this film. It’s a nice romantic comedy that any good Jewish boy could take his date to and not raise any eyebrows.