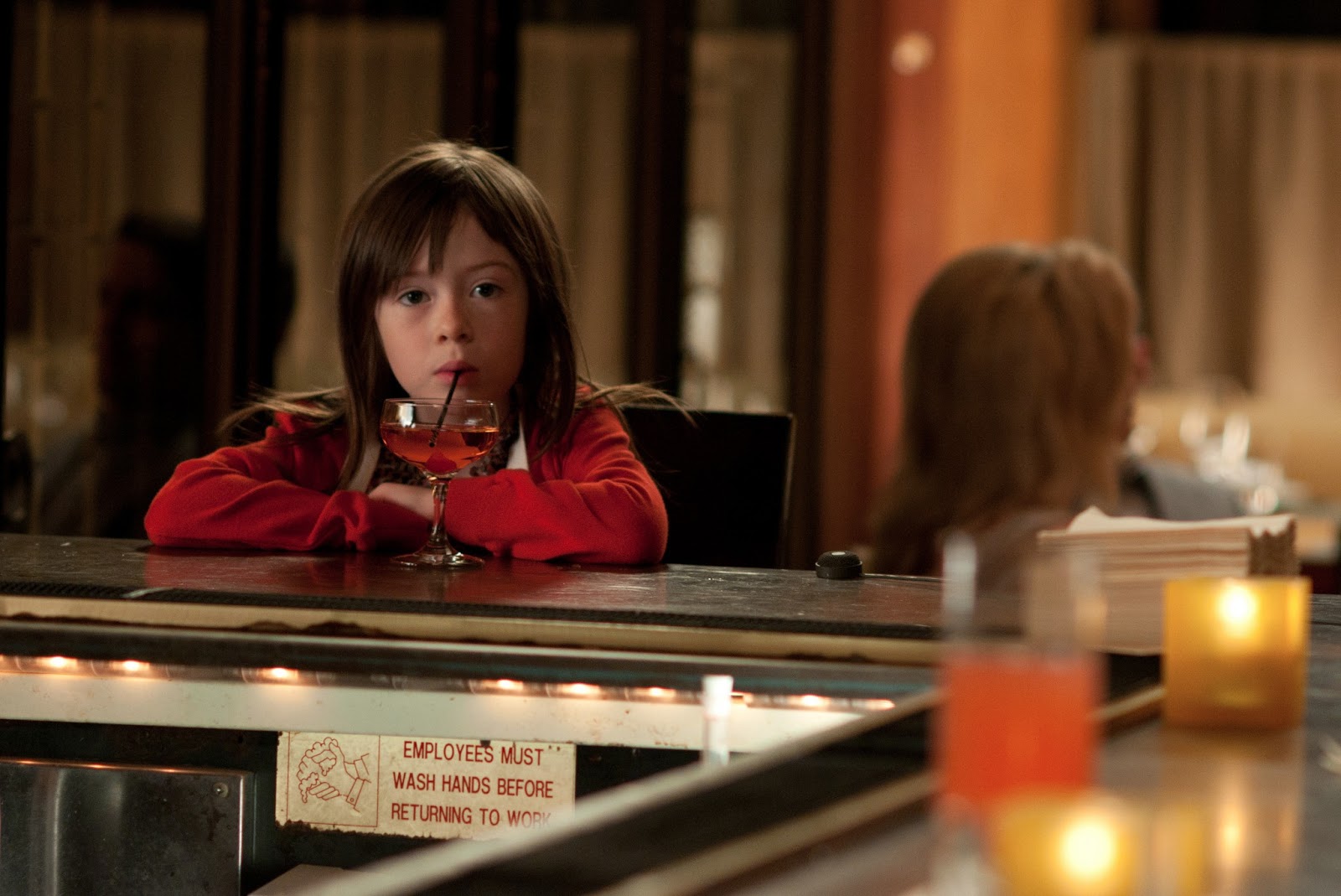 A 7 year old girl and her nanny answer the front door of their posh, Manhattan apartment to take delivery of a pizza. It’s dinner time but, in the background, a man and woman are screaming at one another. The screamers are the little girl’s parents and tonight’s performance of bickering and insults is nothing new. What the girl knows is that her parents are making her nervous, and that her home life has become both unpredictable and stressful.

The nanny’s name is Margot (Joanna Vanderham), and her little charge is Maisie (Onata Aprile). The audience never learns more about Margot than her having a cousin with a beach house, but it’s clear from events that she’s a good person and really cares about the child.

In the coming weeks, Maisie’s parents will file for divorce and enter into a bitter custody battle. Her narcissistic, musician mother will go on tour and her unaffectionate, businessman father will move to London. Somewhere in the midst of all that, dad takes the nanny as his wife and mom marries a bartender named Lincoln (Alexander Skarsgård). It’s evident that their re-marriages are ones of convenience, entered into only as chess moves designed to sway the court’s decision about custody of the little girl.

For some of us that were “raised” by absent parents, left with strangers, repeatedly screamed at for no reason, and used as pawns in the sick games that narcissistic adults play, the escape from a nightmare such as Maisie’s is to grow up and build a life where we feel safe, far away from the people that hurt us. There’s often no happy ending to situations of neglect. But during the last quarter of this film, there’s a silver lining that emerges and strikes me more as a child’s fantasy than a likely outcome of the divorce. Maisie’s newly appointed step parents, Lincoln and Margot, repeatedly find themselves caring for Maisie during the unscheduled absences of the girl’s mother and father. The bartender and nanny form a friendship that blossoms into a romance, and Maisie finds refuge in their joint care.

One thing I like about this film is that it doesn’t spend much time developing characters’ back stories, but instead uses their behaviors and interactions to tell its tale. Some of the behaviors seem slightly exaggerated though. For instance, Maisie’s parents are often both out of town at the same time, sometimes leaving her on peoples’ doorsteps without first checking to see if the folks are even home. Another thing I like about this film is Onata Aprile’s performance, both believable and flawless. I’m half afraid that she might end up being one of the youngest people ever nominated for an Oscar.

This story is a contemporary retelling of Henry James’ 1897 novel What Maisie Knew.