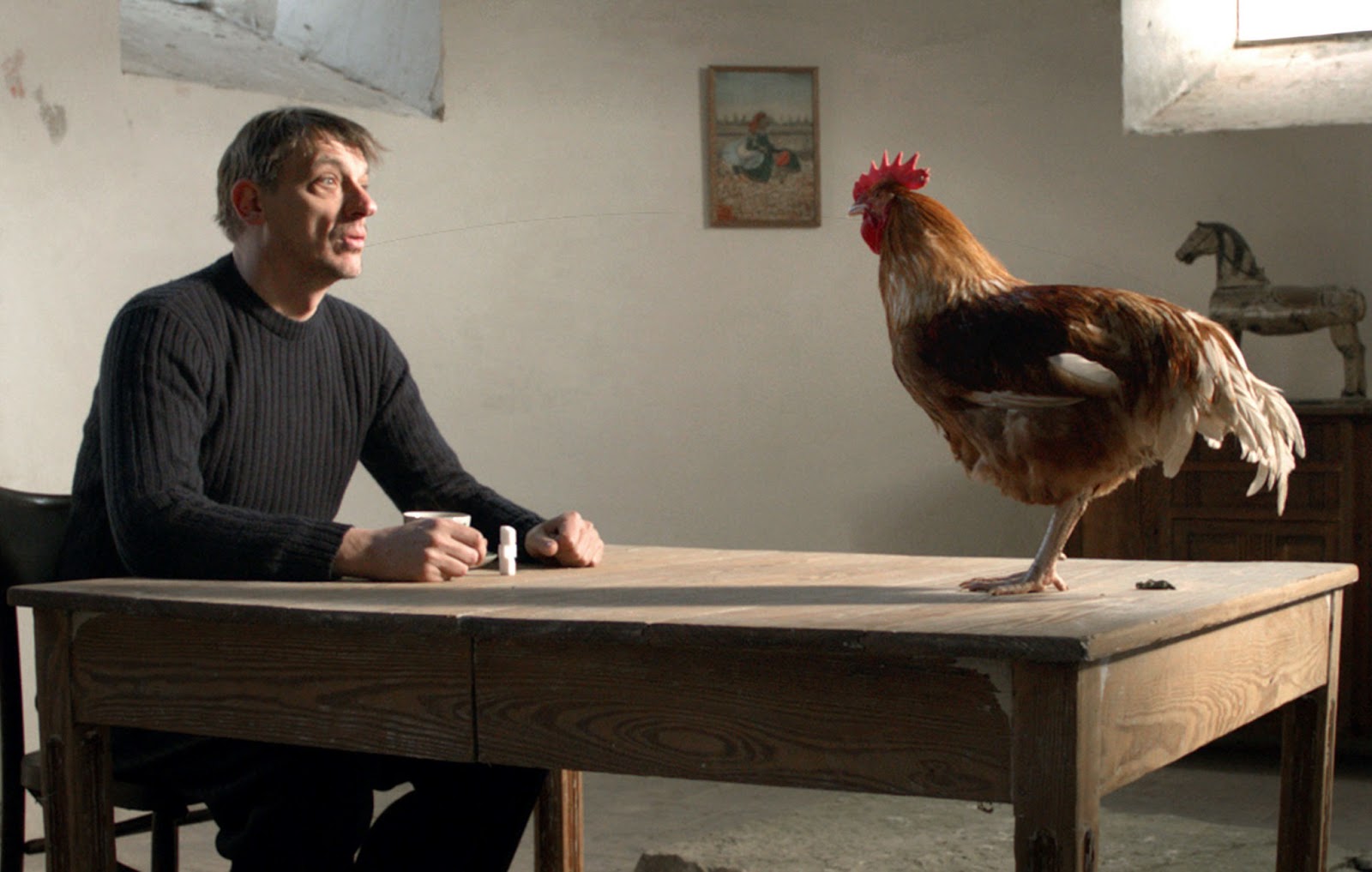 In a small Belgian village deep in the Ardennes forest, a farming community gathers together to celebrate the end of winter. Led by 20 foot tall effigies of a man, a woman, and a tractor-sized milk cow, the townsfolk ceremoniously drag their discarded Christmas trees though the streets and up a barren hillside to the site of what will be a giant bonfire. Not far away, on a wooden platform trimmed with strings of white lights, a large group of villagers perform a pagan ritual almost resembling country line dancing.

As the sun begins to set, a life-sized stick figure of old man winter is heaped onto the enormous pile of dying evergreens. It is customary for the teenager most recently turned adult to light the bonfire. The boy who is picked for this task is an unsympathetic youth with a heartless attitude toward his fellow man. When his torch is touched to the heap of wood and nettles, nothing happens. The trees do not ignite; Nature has refused the people’s sacrifice. 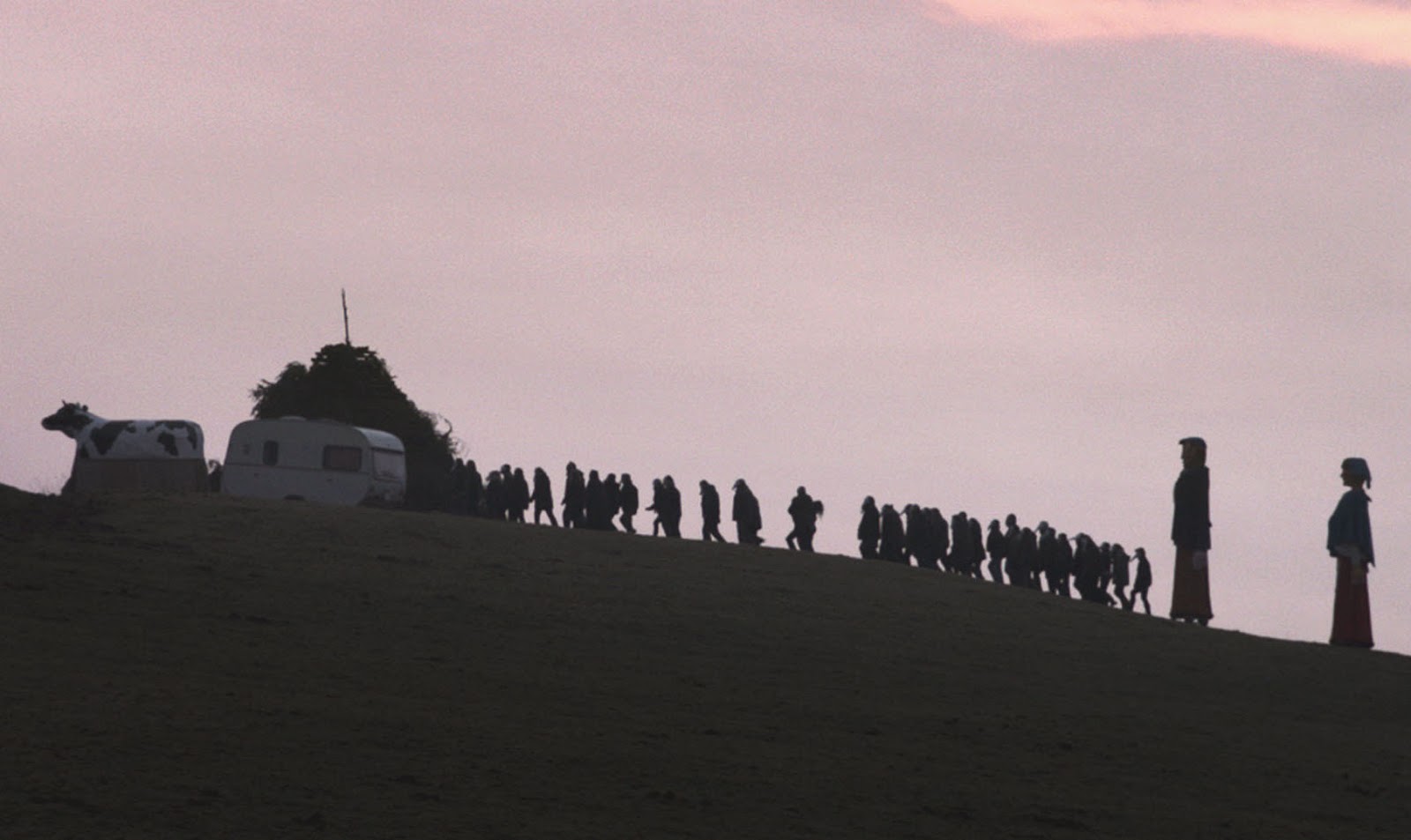 After the failed bonfire, everything pretty much goes to hell in a handbasket. Bees vanish, newly planted crops refuse to grow, and cows stop producing milk. As we cycle through the four seasons, climate changes accordingly, but nature’s life cycle seems to have ceased. Except for an abundance of insects, which some people start canning as one would vegetables or fruit, food sources all but disappear.

The only humor, if you could call it that, comes during the absurd moments of this film. In one scene and in a fit of rage, the migrant beekeeper begins throwing boxes of plastic flowers into a nearby stream. The artificial flowers were meant to brighten peoples’ hopes, but apparently it’s not working, at least not for the beekeeper.

And then there’s Fred the rooster. I can’t leave without saying a few words about the dysfunctional bird who doesn’t like to crow. The film opens with Fred standing at one end of a small dining table. At the other end is Fred’s owner who is trying to prepare the rooster for the town’s crowing competition. But as frustration builds over the course the film, Fred will be chased with lawn mower, quoted a long list of chicken recipes, and eventually beheaded by a masked man wearing formal attire.

The Fifth Season is set in the present day, yet incorporation of technology and machinery is kept to a minimum which makes the story almost timeless. It’s told in a format that’s more fairytale than screenplay. For much of the film, we observe the characters’ actions and reactions to the mounting evidence of nature’s abandonment. That’s not to say there’s an inadequate amount of dialogue, just that conversation isn’t frivolously used to propel the plot.

Come for the poignant and beautifully composed cinematography. Run screaming because not every apocalyptic movie has a happy ending.