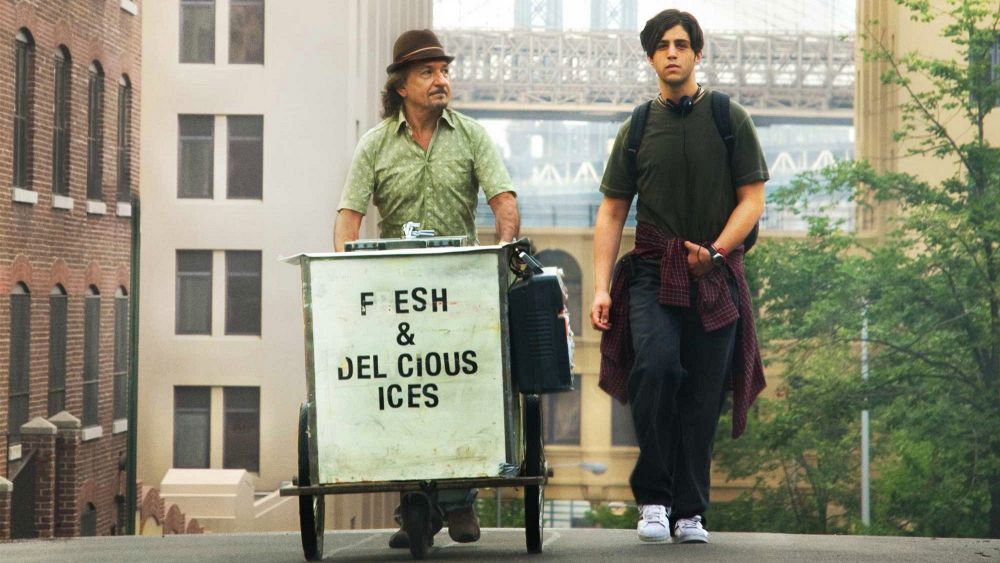 The first time I saw Ben Kingsley, he was wearing a white robe and in his late 30’s. The movie was of course was Gandhi. That was only the second film I’d ever been to that had an intermission. The first being Reds, which approached the grueling 200 minute mark and had me squirming in my seat, desperately wishing for an end to the damn revolution. What can I say, I was in high school at the time, and accustomed to those 90 minute action hero masterpieces and goofball comedies that serve to lobotomize suburban audiences. Still, Reds is way too long.

But Wackness wasn’t like that. At 110 minutes, I wasn’t feeling the least bit drowsy. Kingsley’s performances are always entertaining, yet perplexing at the same time. I’ve not seen many other actors with his range. From one film to the next, I often don’t even recognize him by the characters he plays–I mean that literally, I had trouble convincing myself that he was the one playing the drug addicted psychiatrist (perhaps I just need glasses).

Set in summertime Manhattan of the mid-90’s, it gives the feeling that change is inevitable if not hard to swallow. Swallow it, you’ll be glad you did. The look and feel, as well as much of the musical score, is hip-hop. The river of drugs that flows throughout this film reminded me of Hunter S. Thompson.

Or, go see a great documentary about Hunter S. Thompson in which Johnny Depp sits at a bar and reads from the journalist’s works (118 minutes): Gonzo