Set in 1976 on the 4th of July, this is possibly Canada’s re-interpretation of Midnight Cowboy. The film opens with a 15 year old boy named Kit packing a small suitcase and setting out from a small town in Novia Scotia. With his girlfriend Alice in tow, the goal is to hitchhike to Sydney and take up residence with his estranged mother. And she is pretty strange when we finally get to meet her. Actually, she’s a very depressed, alcoholic, artist who needs quite a bit of help, highly unstable and not someone that would make a good parent (we’re guessing that’s why Kit’s parents are divorced).

It’s not hard to see what’s coming, because when your 15 year old girl friend keeps complaining that the two of you haven’t gotten around to having sex yet, and glares at you when you talk to cute boys that seem to fascinate you, well… you get the picture. In terms of a teen coming of age film, it’s quite good and I wouldn’t be surprised if it takes the festival’s audience award this year. The two leads are played by Dylan Authors and Julia Sarah Stone. Oh, and then there’s Kit’s imaginary “spirit animal” guide who gives Kit advice during this odyssey. The guide is played by Andy Warhol. 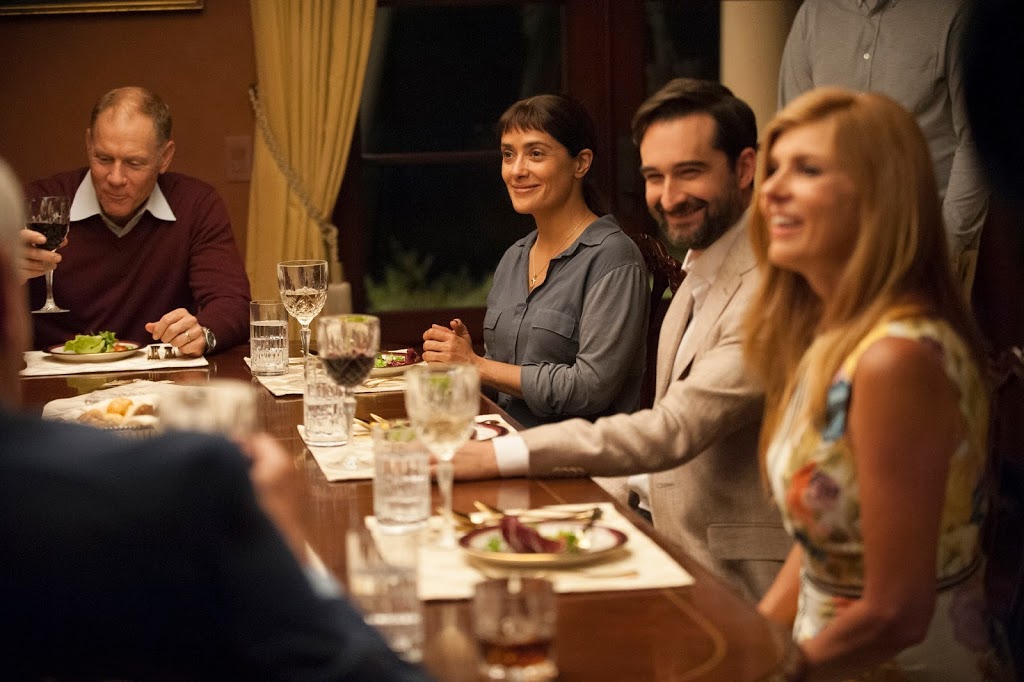 This year, we’re returning to core values — only short, decisive synopses of a film’s most important attributes. No more drunk history about a movie’s genesis, no more gushing all over an actress’s blouse and achievements. Just the cold, hard facts.

In this long awaited remake of Guess Who’s Coming to Dinner, John Lithgow plays an unscrupulous real estate developer. One who believes that the death of our world is inevitable, that we should embrace self annihilation and live life to its fullest, by kicking octopuses up and down the pier until they’re dead, and make no apologies.

Beatriz, played by Salma Hayek, is a practitioner of alternative medicines. She’s a Californian nowadays, but is originally from some place in Mexico that I can’t even spell or pronounce. She works in a clinic, primarily with cancer patients. Her life is a futile war against suffering and death, and she literally can feel a person’s pain.

This is an unsettling and depressing film. There are a lot of unanswered questions about the hinted-at history that ties Lithgow and Hayek to one another. There are unexplained goat fatalities. See it for the acting and not the answers, which are missing.