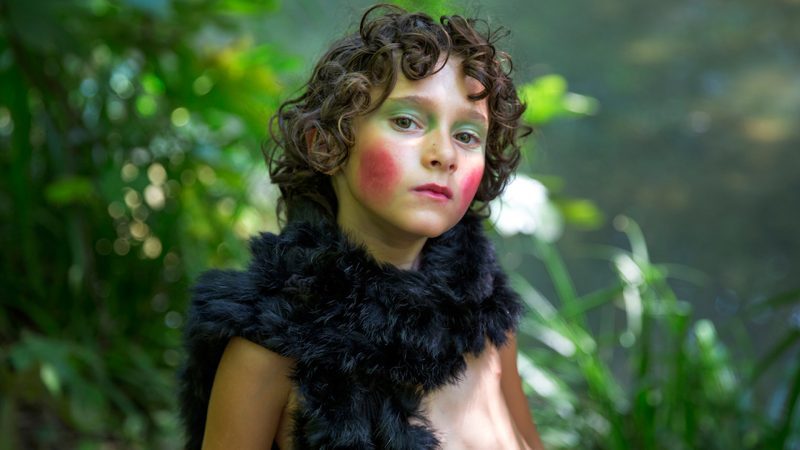 Does a piece of art need explanation to be understood or appreciated? That’s always been a conundrum for me. Shouldn’t it be up to the artist what they choose to provide and who the target audience is? Do you expect music’s lyrics to be explained in the album’s liner notes, and are you lost or uninterested without an explanation of exactly what a song means?

Frida’s summer in 1993 Catalonia isn’t terribly hard to relate to. Her parents are both recently deceased, early casualties of the AIDS pandemic. Fearful that Frida may have also contracted the virus, nervous relatives wait for test results and consult with physicians. The year is important, as it pinpoints where on the timeline medical research has progressed in combatting a relatively new disease.

But the film isn’t really about AIDS, that’s just part of the backstory and setting. It is the sudden upheaval of Frida’s life, moving to the country, taking up permanent residence with an aunt and uncle, and sharing her new guardians’ attention with a younger cousin that seems most traumatizing. That and an overly attentive grandmother who inadvertently interferes with the orphan’s acclimation to her new surroundings.

There isn’t much dialog to this screenplay. What we learn as an audience is mostly through observation, sometimes just two little girls playing in the dirt and half mumbling to each another. The “Joan Crawford” imitation, dress-up (pictured above) gives us a glimpse into Frida’s impression of her mother. It’s not a very flattering picture, but we at least get the impression she was loved on some level in the past.

It takes everyone a few months of self reflection and adjustment to begin moving forward, perhaps that’s why everything is so quiet in her new home over the summer. Authentic might be the one word that best describes this film. It’s not overly revealing, but focusses on the story’s most important aspects in a way that makes you comfortable with what isn’t said.

And how they got the kids to ignore the camera’s presence, I have no idea.

This was either poetically brutal or brutally poetic. Kyrgyzstan’s countryside is the backdrop for a small band of grifters carrying out what I can only assume is normal everyday life. A small boy, two wives (one old, one new), and a truck-driving-man swindle customers with fake medical remedies.

It feels like it’s every man for himself, but in a civilized, grifter-sort of way. When someone’s stay exceeds their usefulness, they’re gone. When someone slips and falls and cracks their skull, they’re dead. But when someone gets really, really drunk and crashes someone else’s remote control helicopter, there’s an interconnectedness that emerges. It’s a connection of inner child transcending both age and sex, first and second wife, wage earner as well as gambler, grifter and philanthropist alike.

And I especially like this distribution company’s web site here.

Mutafukaz is one of those films that looks good in the trailer. The animation is bizarre enough, techniques are appealing to the eye, but the story wanders toward a mumbled destination I don’t think I quite caught. Which is hard to believe when I rewatch the trailer. This appears to be Shôjirô Nishimi’s (?) first feature film as director, previously credited with animator on several works you might recognize but not have seen including Akira and Batman: Gotham Knight. Writer, director Guillaume Renard did both a short back around 2002 and this year’s film, which is based on 2006 Dark Meat City graphic novel.

This also made me wonder what’s used besides IMDB in the rest of the world, given IMDB’s clear allegiance to Amazon. Sometimes I find that foreign entities (especially French actors) don’t have entries in imdb.com.