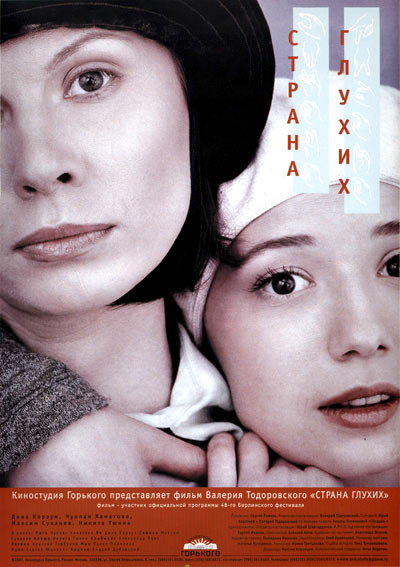 A boyfriend’s gambling addiction and debt manages to ensnare a young woman in the world of organized crime. Held as collateral while her boyfriend slips out to raise the money he owes the casino, Rita begins regretting her decision to try and help. Moments later, a deaf stripper named Yaya appears to help Rita escape the floating card palace and an unlikely friendship is born. With Yaya as her often untruthful guide, Rita begins exploring new careers in prostitution and informing for deaf gangsters.

Director Valery Todorovsky was on hand to answer questions, but I did not stay for the Q&A. That’s not entirely true, I overheard the first question as I was leaving the theater… Question: “Was the time period when this movie takes place the beginning of crime in Russia?” Moderator’s response: “I think they had crime before that in Russia.”

This film was winner of SIFF’s 1998 New Directors Showcase competition, years before I ever started going to the festival. Even though it’s over a decade old, I can find nowhere to rent or buy the DVD. This year, director Valeriy Todorovskiy has returned to Seattle with the new musical ‘Hipsters’ which I highly recommend.