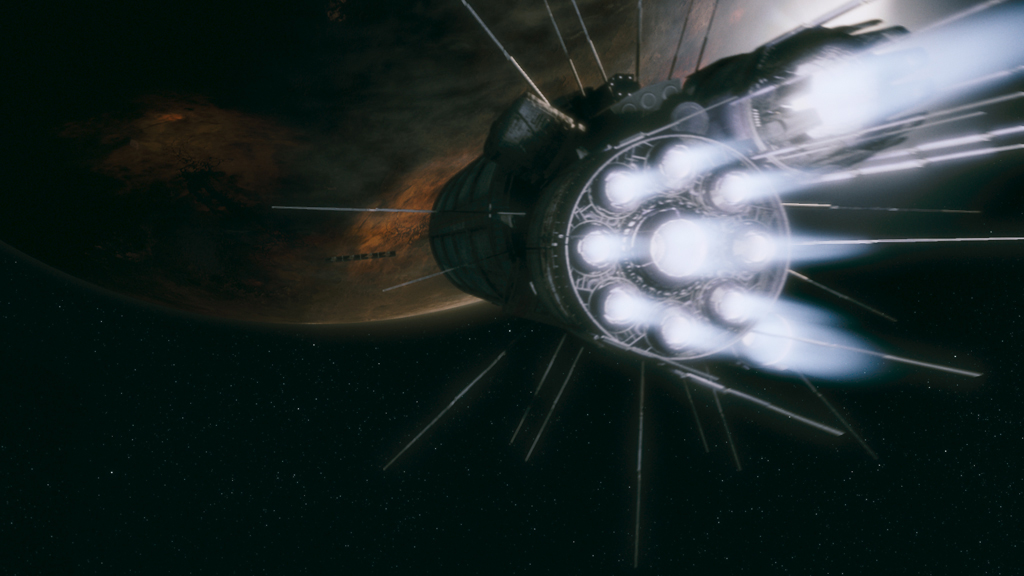 Set in earth’s future, a young doctor-type woman hires onto a large cargo ship to earn extra money so she can afford moving to a newly colonized planet where her sister’s family awaits. The cargo ship is rickety, weathered, and unremarkable. Its destination is roughly 4 years away at some space station with a high number for a name (25 maybe?). The earth is no longer habitable and humans are working “hard” to colonize other worlds. Everybody lives in dismal conditions on huge, overcrowded, rotating cities that orbit the earth.

For a low-budget outer space flick, it wasn’t bad. There was nothing original or compelling in this film though. The premise, characters, plot development and interwoven themes struck me as a collage of other sci-fi works from years past (The Matrix and Wall-E are just a couple that come to mind). The acting was adequate, not phenomenal. The ending was goofy, if not predictable. But for a low-budget outer space flick, ….

Maybe the film is best described by a list of keyword phrases: