This is the tale of some Russian teens who like to play video games (and paintball). The youngsters enter a cyber game tournament and do so well that they’re rewarded with complimentary copies of a new video game…which melts their home computers BUT also gives them superhuman abilities in fighting, driving and shooting. Without hesitation, the boys and girl go on a rampage, assaulting and killing a squad of 30 heavily armed commandos with only paintball guns, all to save one of their friends who is about to be burned to death by a gang of car thieves.

Then, this big airship appears from out of the clouds, lands, inducts the kids into a super secret crime fighting organization, and takes off again. On their first assignment working for S.H.I.E.L.D. (I don’t remember what the organization is really called), the kids are sent to assassinate one of their employer’s competitors in the fuel cell business. Apparently the secret organization they work for isn’t good after all, they’re just a bunch of capitalists whose real goal is to corner the market on palladium…which they’re planning to use in building hydrogen fuel cells that will enable cars to get 1000 kilometers per gallon. This is when the gamers’ morals start to kick in and the kids begin taking sides (good vs. evil).

When the teens are later sent to hijack and blowup a Turkish ship that’s trying to escape with the remaining hundred copies of the video game which turned them all into super humans in the first place, the story starts to get a little silly.

I salute the writers of this screenplay–There is no hesitation from the characters to shoot and kill anything that moves (even busloads of innocent bystanders aren’t safe). The two romantic encounters of this film are quite funny and had the audience laughing. I didn’t think the acting was particularly good, but the actors put a lot of energy into their roles.

Reasons to see this movie: 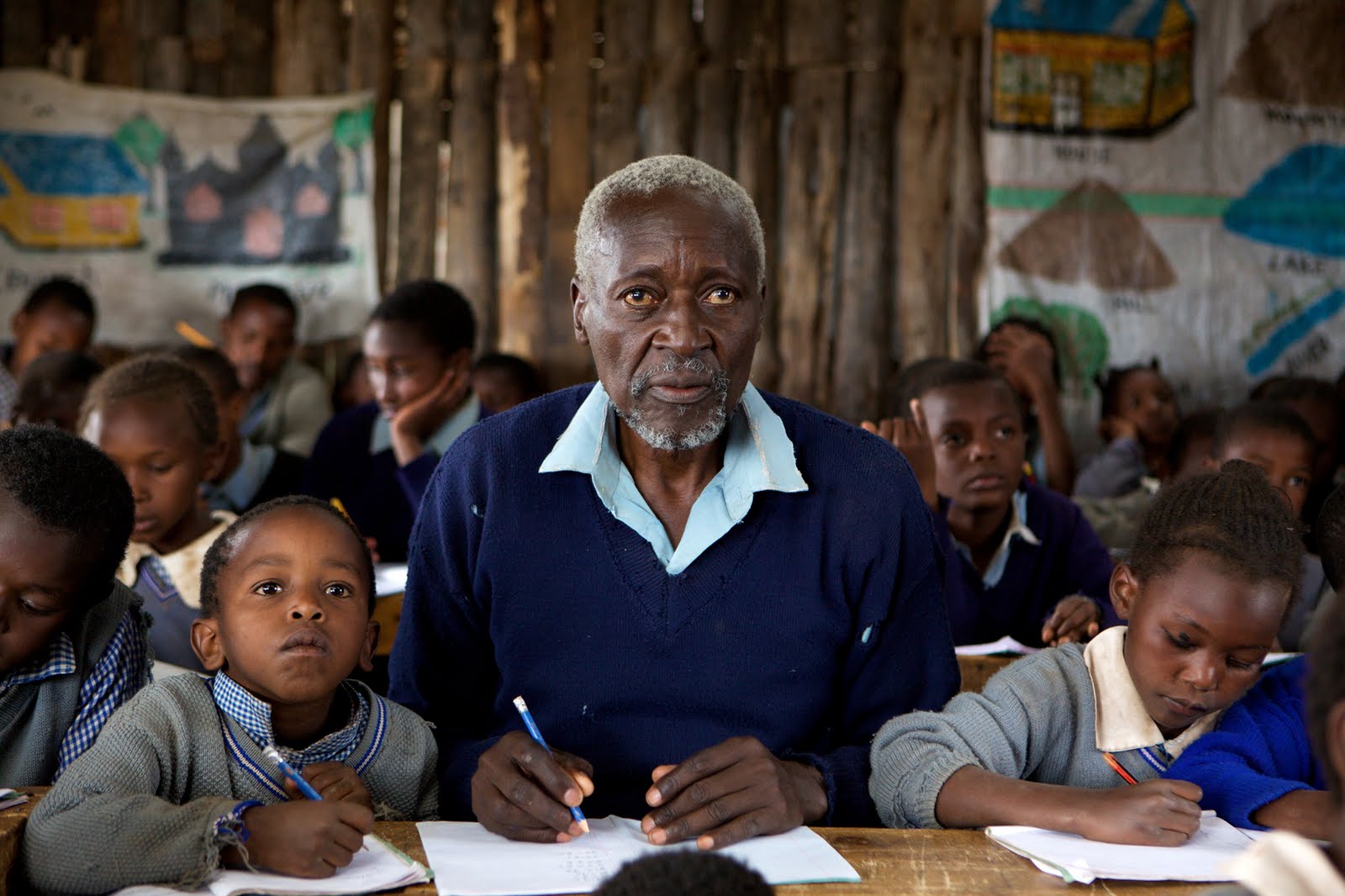 This is the true story of an 84 year old Kenyan man (once a Mau Mau freedom fighter) who wants to learn how to read. He buys some books, dons a uniform, and walks up to the front gates of the local elementary school. This was filmed on location and the children in the movie are the school’s actual students. The director said he brought only 8 people into the country, that the rest are local talent. The kids do a great job. 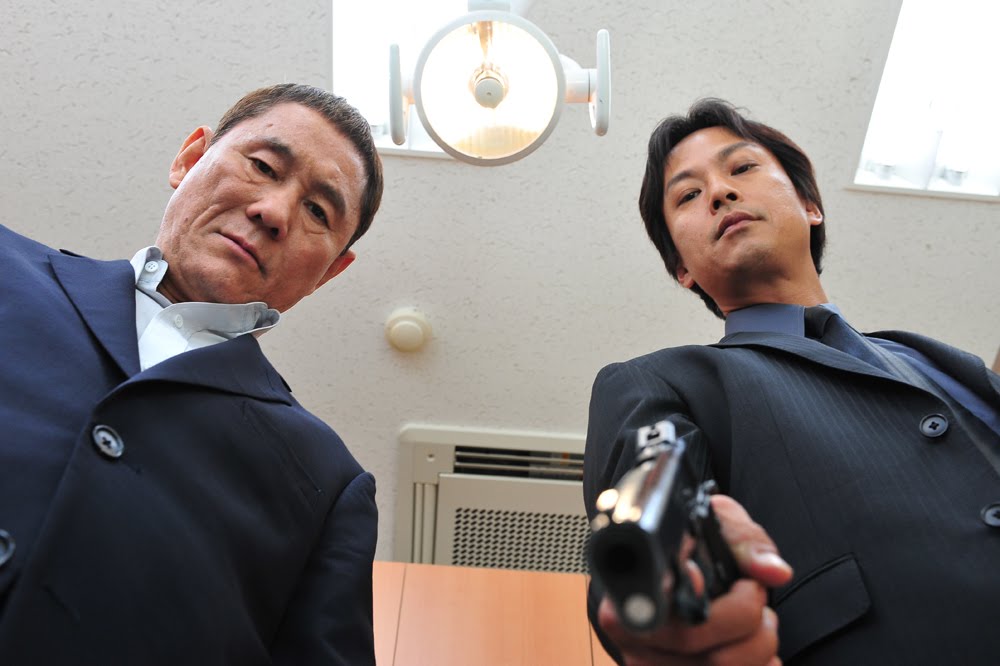 The original title “Creative Ways to Kill and Mame Your Yakuza Associates” was too long and got nixed after the test screening in Kyoto last year. This film provides a humorous look into the politics of a Japanese mafia turf war (from the perspective of Takeshi Kitano). It’s a light story, though very violent, so bring lots of Kleenex to sop up the pools of blood. 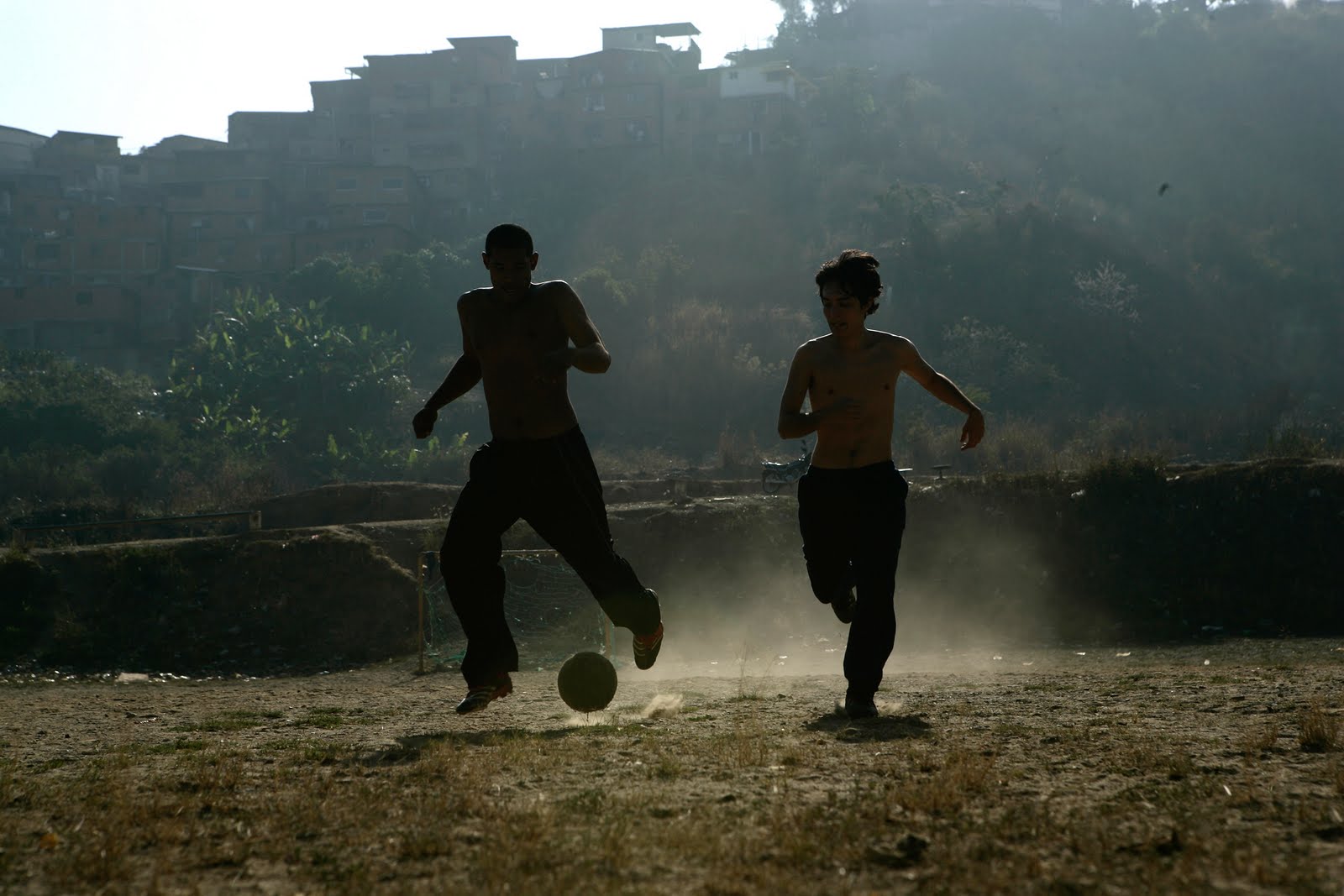 Two Venezuelan brothers play for the same soccer team, and run with the same gang. They both want to be professional football players, and they’re well on their way when someone guns down their mother.

Every Song Is About Me — Spain 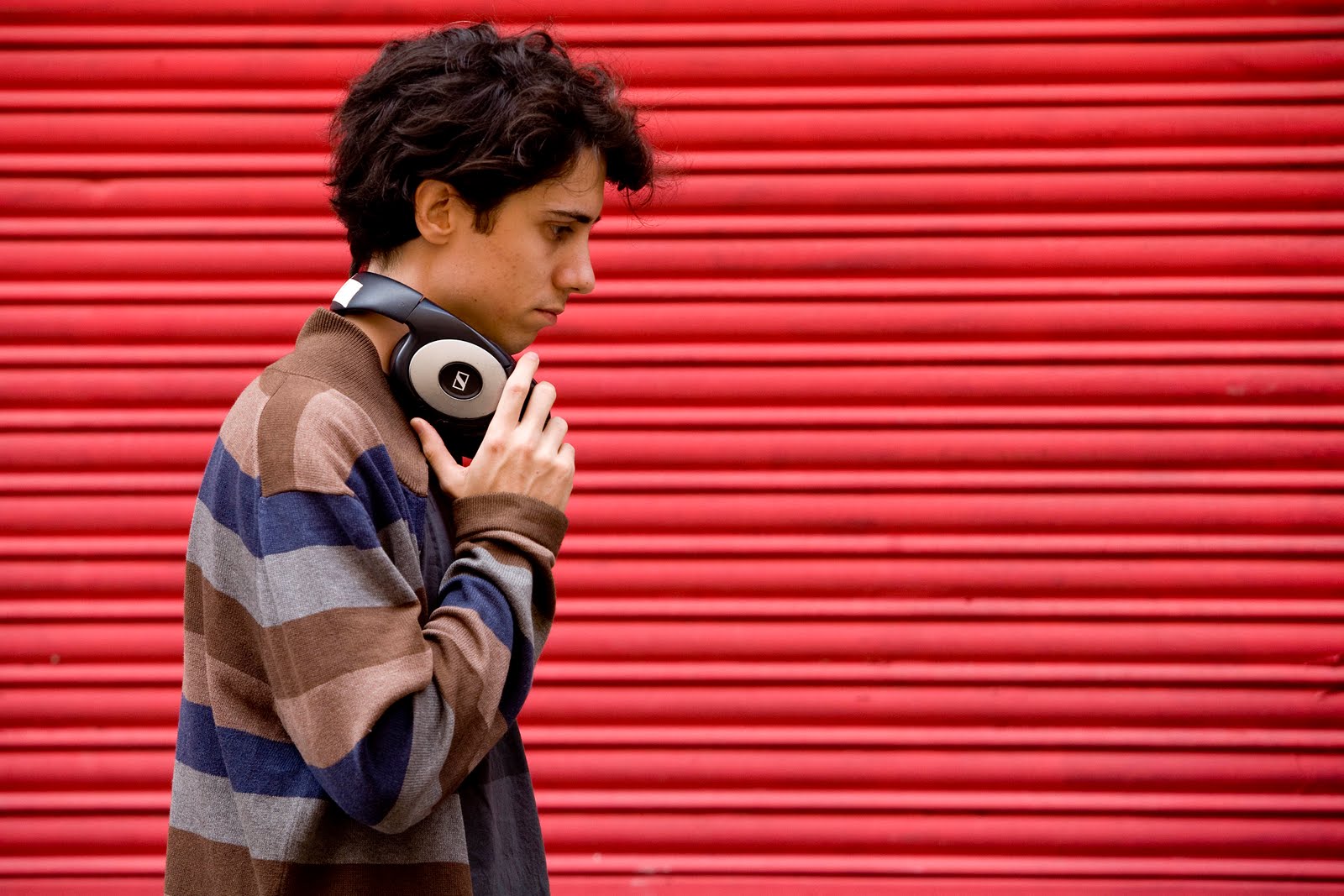 “No they’re not, you’re delusional. Don’t look at me like that!” All kidding aside, this film is about young love, romance, poetry, beautiful barmaids from Venezuela who want to get married, and architecture (but that last one is a stretch). 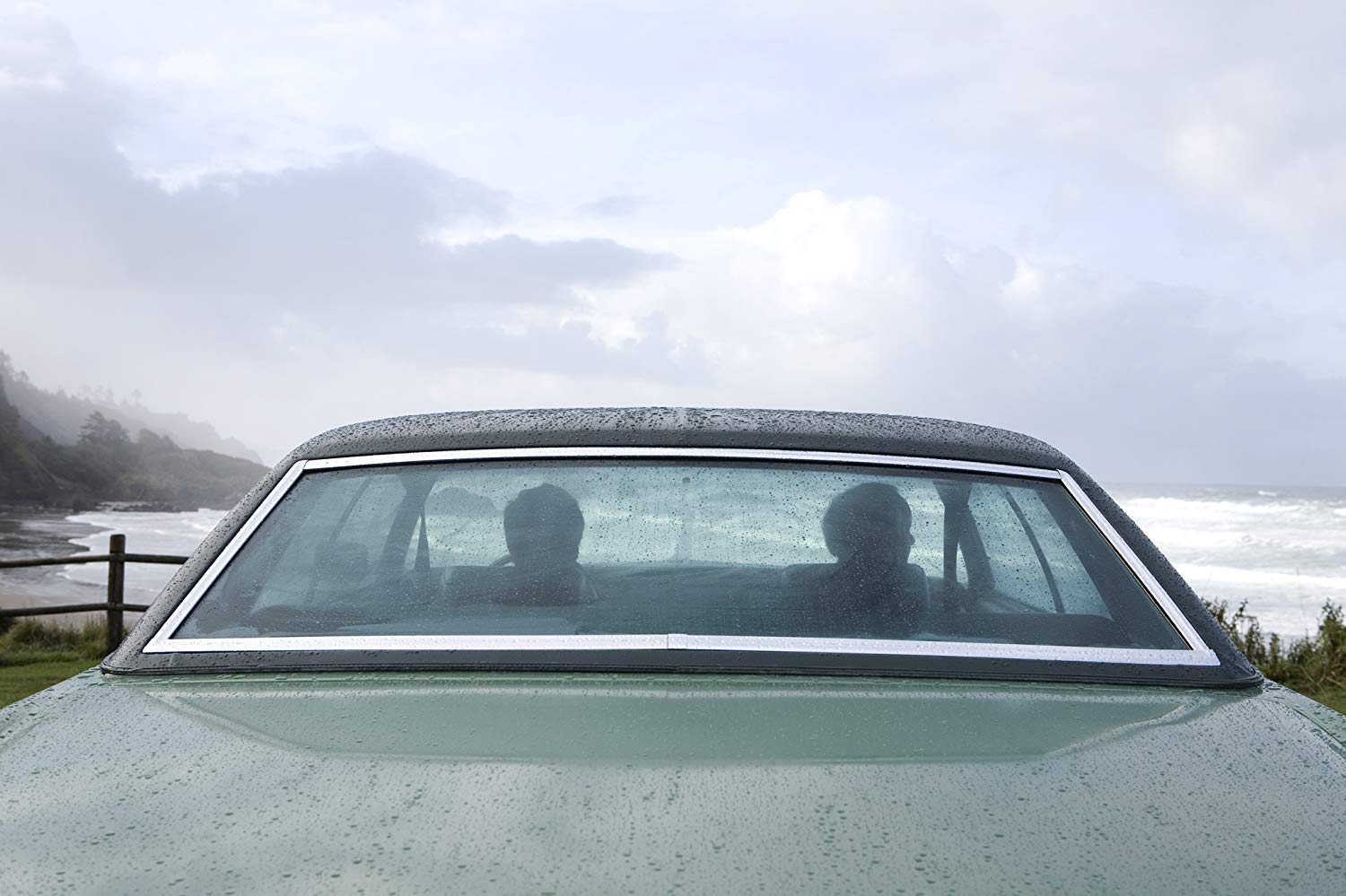 The film effectively weaves together the lives of three people in a way that’s not immediately obvious nor annoying when the connection becomes evident. The dialog is a bit strained in places, overstating the obvious on a few occasions, however not to a point of ruining everything. My wife often uses the phrase “show me, don’t tell me” to describe problems of this sort. I liked the characters, and the acting performances weren’t bad.

Some days are better than others with regard to the festival. I couldn’t quite motivate myself to make it to Pacific Place for the first press screening of the morning, but this film was a pleasant surprise. Though the movie has some problems, it shows promise. Matt McCormick has directed several features over the years, but I have not seen any of his others. 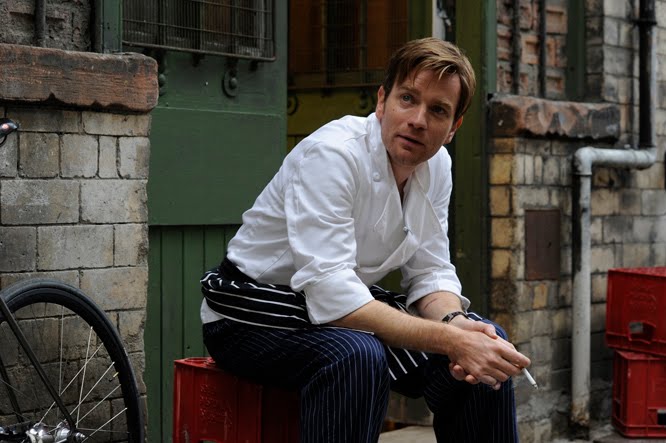 I wasn’t looking forward to watching another Ewan McGregor film this week. Watching highly recognizable actors play any role in a film can be distracting. For a well written character, I prefer an unknown individual who’s not dragging a load of superstar baggage down the street in their wake. One exception to this rule might be Ben Kingsley, who I can watch on screen for two hours and not even recognize until the credits appear (go figure).

Perfect Sense is a depressing story. It’s about a chef (Ewan McGregor) and an epidemiologist (Eva Green) who are just beginning a relationship. The film is 2 parts apocalypse, 2 parts epidemic, 2 parts romance, 1 part zombie, and a really big squirt of Tabasco. People all over the world inexplicably begin to lose their sense of smell. Not long afterward, everyone looses their sense of taste. Then, the entire population looses its hearing. At that point, one of the scientists delivers the single line you never really want to hear: “I think it’s OK to panic now.” We never learn what causes these illnesses, but we do get a front row seat to the fall of civilization.

I loved movies like 28 Days Later, Shaun of the Dead, The Stand, and the Andromeda Strain. They gave us a detached view of viral apocalypse, sometimes exciting, at other times funny or even educational. In this film, there aren’t any national guard troops shooting at people. There’s no race against the clock to isolate and cure the virus. Events take place, not over a matter of hours, but over the course of months. Neither the CDC nor god is mentioned once (well, I could be wrong about that).

McGregor narrates a series of photography slide shows throughout the movie illustrating how real people in society are coping with their loss. Those interludes provide an injection of empathy that make the events we are witnessing seem all that more real.

Foodies might be interested in how chef McGregor and his kitchen staff change their menu to emphasize texture, temperature and color once everyone’s sense of smell and taste have vanished. 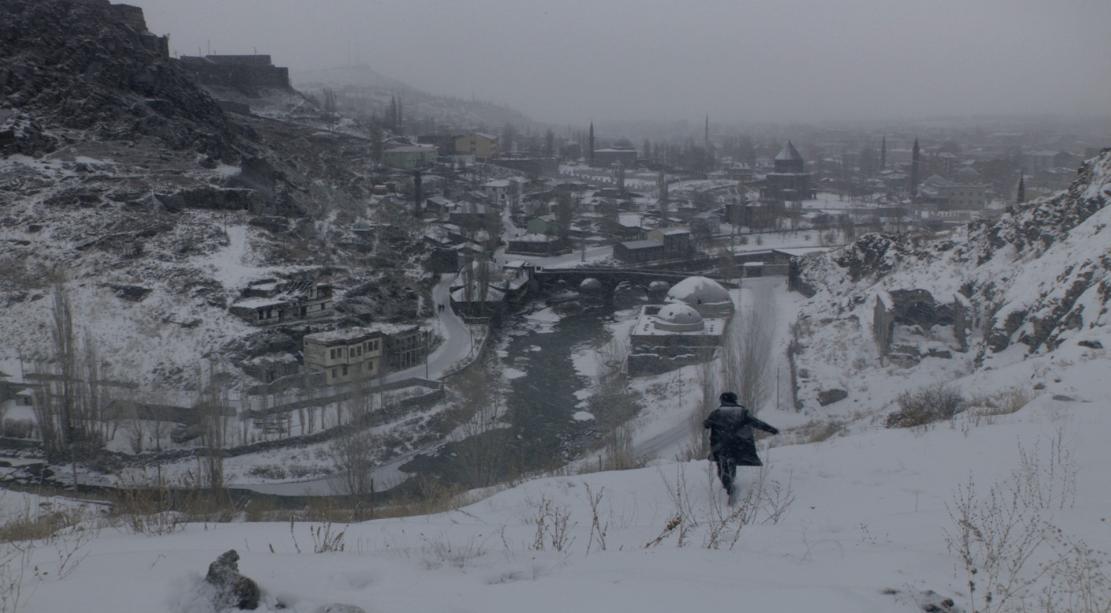 From out of a snowy, barren landscape, a man appears. He’s running, though from what we do not know. The valley ahead holds a large town, modern in convenience but ancient in design. Just before reaching the town, the man (Kosmos) hears the screams of a girl (Neptun) from the other side of an icy river. Neptun’s younger brother has fallen into the swift waters and drowned. Kosmos pulls the boy from the river and revives him with his mysterious, healing powers. Grateful for this heroic feat, the townspeople welcome Kosmos as an honored guest (a gesture they soon live to regret).

Throughout the film, there’s a constant sense of “us” and “them”. The townspeople fear outsiders, or more specifically, they see them as a threat to the “pristine” way of life they’ve built. Kosmos, through some very confusing dialog (reminiscent of biblical scripture), reminds the town’s inhabitants that it’s not possible to barricade off the outside world–evil and good know no borders.

Kosmos and Neptun turn out to be kindred spirits, painting one another with red nail polish and courting each other with the calls of wild birds. Neptun’s father works in the slaughter house and does not approve of his daughter’s liaison. A clock tower’s minute hand stutters, and the filmmaker’s camera follows a flock of wandering geese through cobblestone streets at tail level. The pounding of artillery resonates throughout the movie as the town’s military strives to maintain a secure border.

The cinematography in this piece is beautiful. The writing may not be for everyone though. If what you seek is a formulaic, obvious-from-the-start story with cookie cutter characters, disappointed you may be. Watch the trailer to get a better flavor of the film’s imagery.