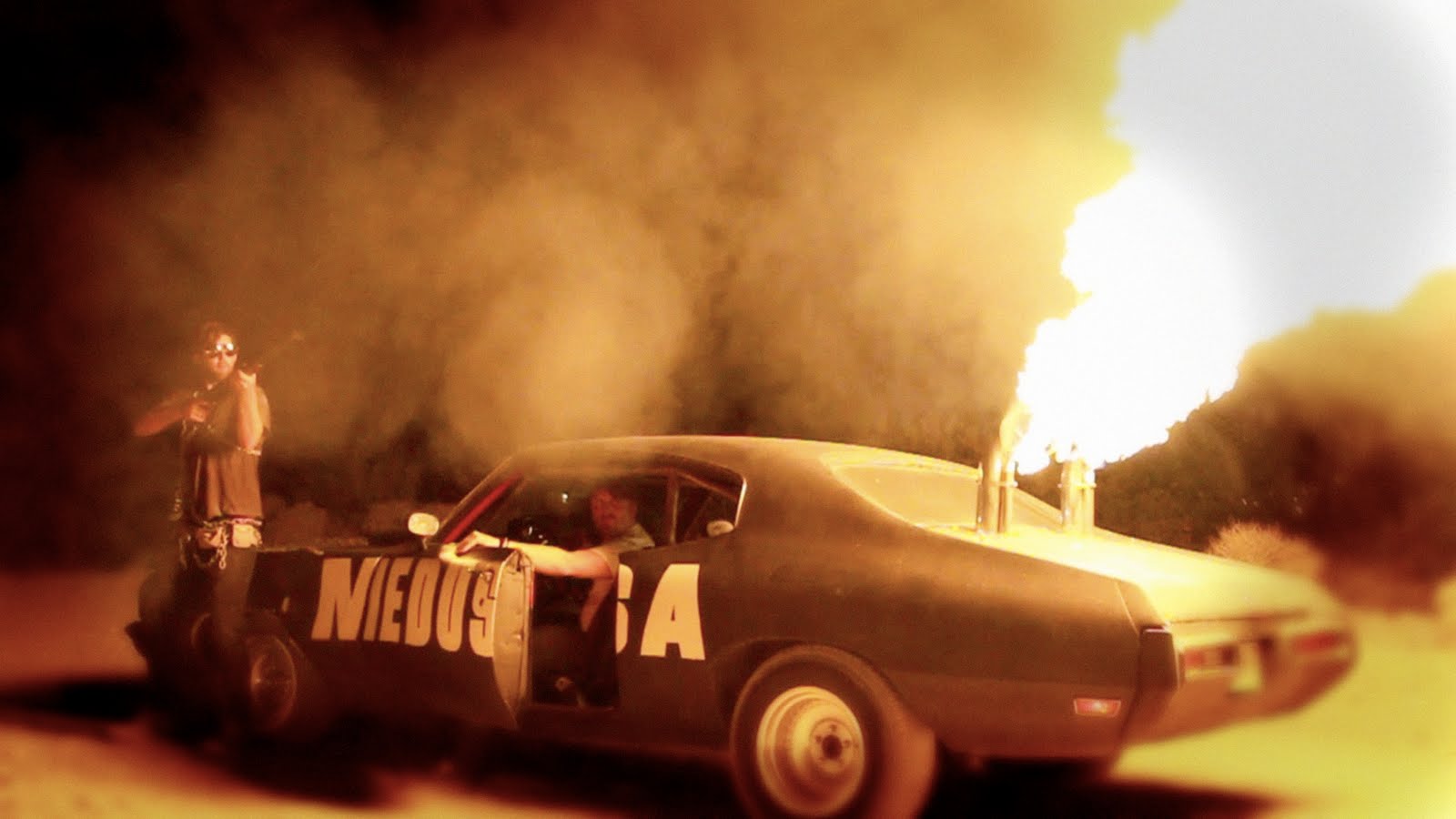 Bellflower is a buddy movie, a film about two 20-something slackers from Los Angeles named Woodrow and Aiden. The boys spend their days getting ready for the coming apocalypse by building homemade flame throwers and a weaponized car similar to the V8 Interceptor driven by Mel Gibson in Mad Max. They’ve even picked out a name for their post-apocalyptic gang: MEDUSA.

One fateful night at the local cocktail lounge, Woodrow is pitted against a cute blonde in a drunken, cricket-eating contest. That’s where he meets Milly, and it’s love at first crunch-crunch-crunch. Dispensing whiskey from the dashboard’s built-in liquor tap as they drive, the happy new couple takes off on an impromptu road trip to Texas (Woodrow wants to take Milly to a restaurant that will give them both diarrhea). But it’s the second half of the film when the plot gets interesting. Woodrow’s and Milly’s relationship takes a negative turn, spiraling into jealousy, infidelity, and eventually violence. During the final segment, entitled ‘No one gets out of here alive’, some of the cast go on a murderous rampage.

For the first 30 minutes, I considered walking out of the theater. None of the characters have jobs. Money is never an issue. L.A. has no police. Alcohol flows endlessly. None of the people seem real. But after a week or so, the story grows on you.