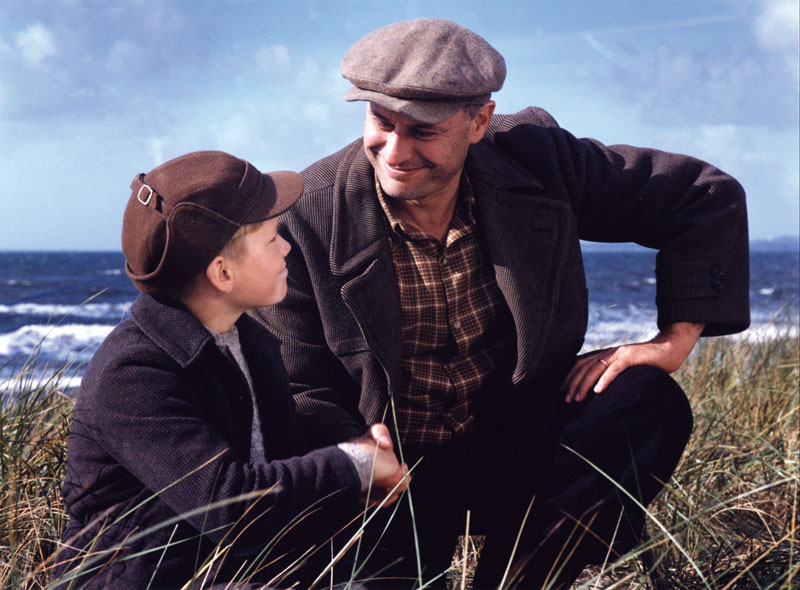 Since many [good] films are timeless, I’ve decided to begin picking my way through some of the favorites of past film festivals. ‘Mother of Mine’ played at SIFF 2006. Set over the course of World War II, most of the story takes place on a small farm in the Swedish countryside. During wartime, parents often send their children away to safe havens far removed from the fighting. In the face of WWII, Finland sent roughly 70-80 thousand of their boys and girls west to hide out in Sweden as Russian troops began invading from the east.

After his father’s death, 10 year old Eero Lahti is packed onto a ship and sent away to live with Hjalmar Jönsson and his wife Signe (complete strangers, but better than the alternative of a children’s home). “Mother Signe” rejects Eero from the moment she lays eyes on him–Signe was hoping instead for a little girl. Meanwhile, back in Finland, the boy’s natural mother is busy dating a German officer and contemplating whether she even wants her son returned at the end of the war.

Some of the story’s events were a little disorienting until I “refreshed” my knowledge of WWII alliances:

Eero’s foster father (played by Michael Nyqvist) might look familiar to some people. I recognized him from his portrayal of journalist Mikael Blomkvist in ‘The Girl with the Dragon Tattoo’ trilogy. The characters, acting, directing, musical score, and especially the cinematography in this film are superb. It’s a slow-paced, introspective piece with just a little bit of mystery. This would have been a great movie to see on the big screen.