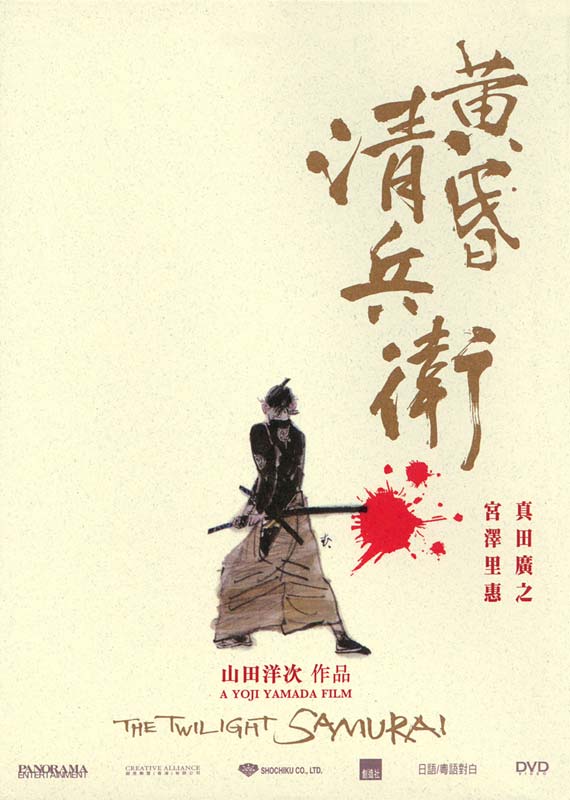 The film takes place right before Japan’s Meiji Restoration, circa 1868. The need for Samurai is quickly disappearing, and imperial rule is about to be restored to Japan. This is not an epic movie with elaborate costumes and choreographed fighting. Set in a small village, the story follows a group of low-level samurai in charge of food stores. Instead of wielding swords, they spend their days updating accounting ledgers and inventorying warehouses.

The film’s protagonist, Iguchi Seibei, is a humble servant of the Tokugawa Shogunate. His retainer is small, his clothes stink, his wife has died from tuberculosis, and his two young daughters are motherless. After a long day of looking after the stores, Iguchi doesn’t have the time (or energy) to go out drinking with his samurai co-workers. Instead, he must hurry home before twilight to care for his family and work odd jobs to support his household.

But Iguchi’s dismal life begins to change for the better after the return home of a childhood friend, Tomoe. Tomoe is sister to one of Iguchi’s closest friends and has just been granted a divorce from an abusive drunk. After winning the 2003 Japanese Academy Award for best film and recommendations from several critics and friends, I figured it was time to see it.