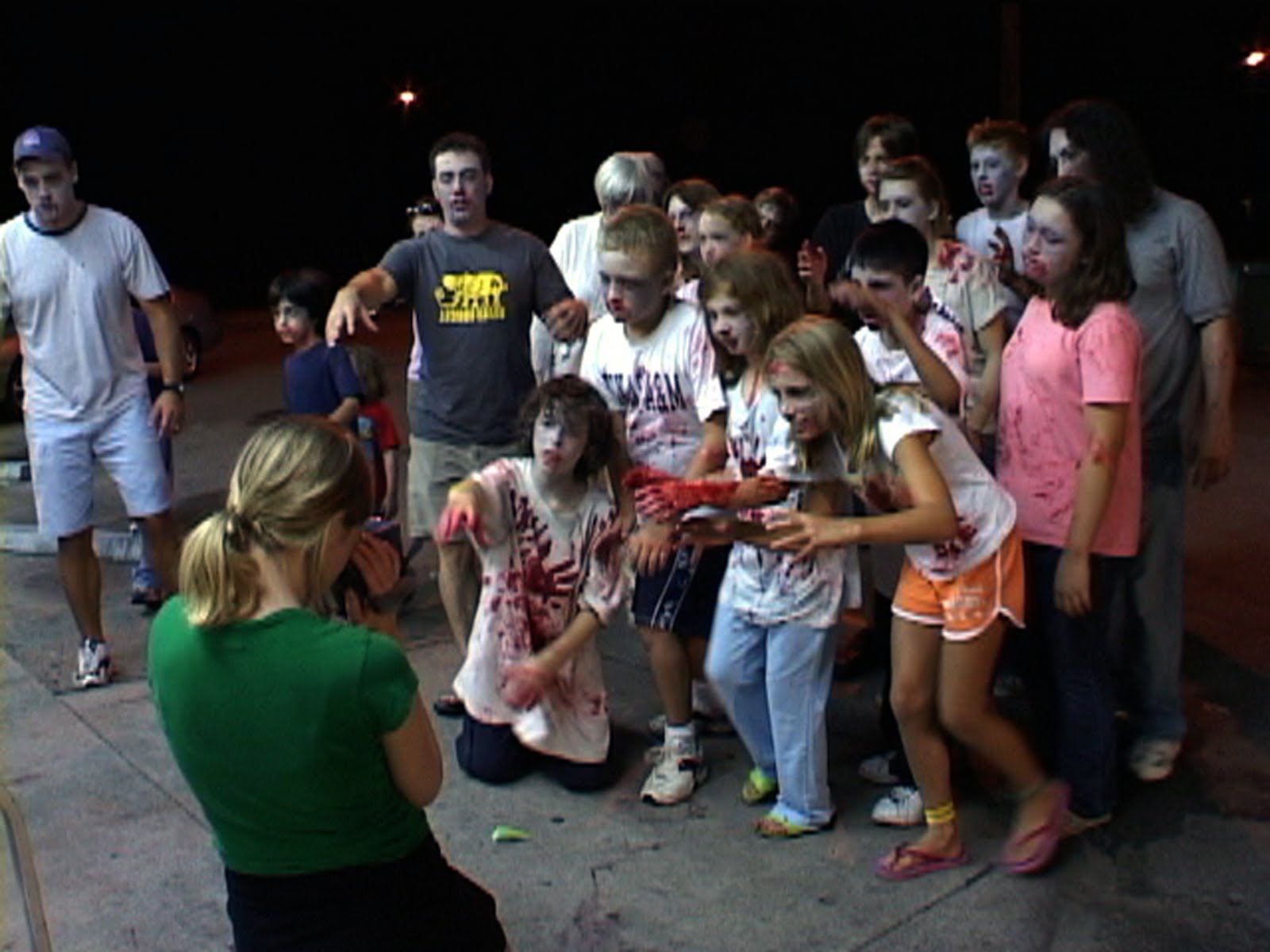 You know those reality shows where you feel like the camera and director are part of the story? I didn’t get that impression with Zombie Girl. In fact, I’d much rather talk about the movie that Emily Hagins was making (Pathogen) than the documentary itself–the filmmaker’s presence was unobtrusive.

In 2005, a sixth grader somehow persuaded her parents to help her make a movie. When it happened, dad was probably sitting on the living room couch playing banjo, and mom was very likely on the phone to her child’s pediatrician, trying to have her daughter’s Ritalin prescription revoked. Making a short, let alone a feature length film, is not for the fainthearted and I wasn’t sure whether to feel inspired or intimidated by this story. It’s true that Emily relies a lot on her parents, especially her untiring mother, to bring the two year movie-making project to fruition, but don’t think for a moment that Emily isn’t the one driving every aspect of the process. I’ve often considered making a short film. I usually get as far as listing the steps and then decide to take a nap instead. Here’s how Emily addressed some parts of her small budget indie piece:

Some of the folks interviewed for this film (critics, filmmakers, venue owners, parents) seemed surprised that a 12 year old girl would be interested in horror. Actually, I think if you’re making a feature length movie your first time out, horror is a good choice. Although it’s one of my least favorite genres, it has an arguably low bar to entry. After all, when was the last time you saw a zombie with more than one word of dialog? or wearing elaborate period dresses (wait, someone’s making Pride and Prejudice and Zombies into a movie). I haven’t seen Emily’s movie Pathogen yet, but will probably take a look. I’m a little surprised that it’s not posted somewhere on the Internet.