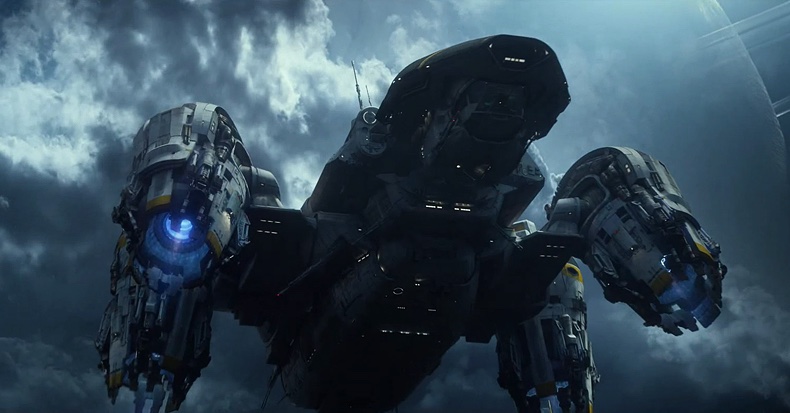 There are many places this review could begin, but let’s start with the premise. Tens of thousands of years ago, galactic travelers visited our planet (and seeded it with life). We know this because of cave pictograms they left inviting us to visit them someday. Now that we’ve grown up, and are able to build space ships such as Prometheus, it’s time to pay them a visit.

In case you aren’t aware, the story of Prometheus is set in the same universe as director Ridley Scott’s original Alien films. Scott’s newest movie is a prequel to the well known series about “Why Everyone Should Avoid Contact with Xenomorphs“. The franchise is not without its comedic moments, but this latest installment achieves new levels in terms of dark humor. It’s one of those situations where you’re not sure if the screenwriters are pulling your leg or trying to be serious. There are a lot of talented actors in this film (Noomi Rapace, Charlize Theron, Michael Fassbender, and Guy Pearce just to name a few). However, the life choices that their characters make are mind boggling. Let’s take a look at a few of their more critical mistakes, by reviewing some important rules that every space traveler should abide by.

The 6 Golden Rules of Space Exploration 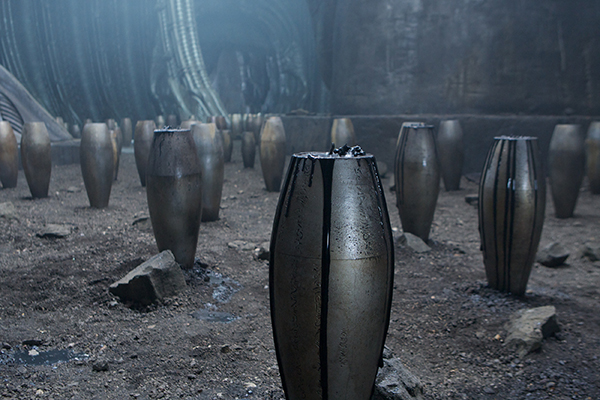 Rule #1: Don’t touch things that don’t belong to you

In some scf-fi horror screenplays, the characters make one or two crucial errors that lead to the mission’s demise. But then there’s Prometheus, where the screenwriters felt a disaster was inevitable, hence any semblance of caution is discarded the moment the ship lands. If you ever find a pile of dead aliens, rooms full of canisters seeping mysterious black goo, take a moment to consider your options. Don’t be like exobiologist Millburn (Rafe Spall), don’t try to pet the giant, gastrointestinal worm when it rises up out of the goo to greet you. I can’t quite recall the dialog from that scene, but Spall’s character might have called the worm “cute” or a “nice little” something before it crawled down his throat. 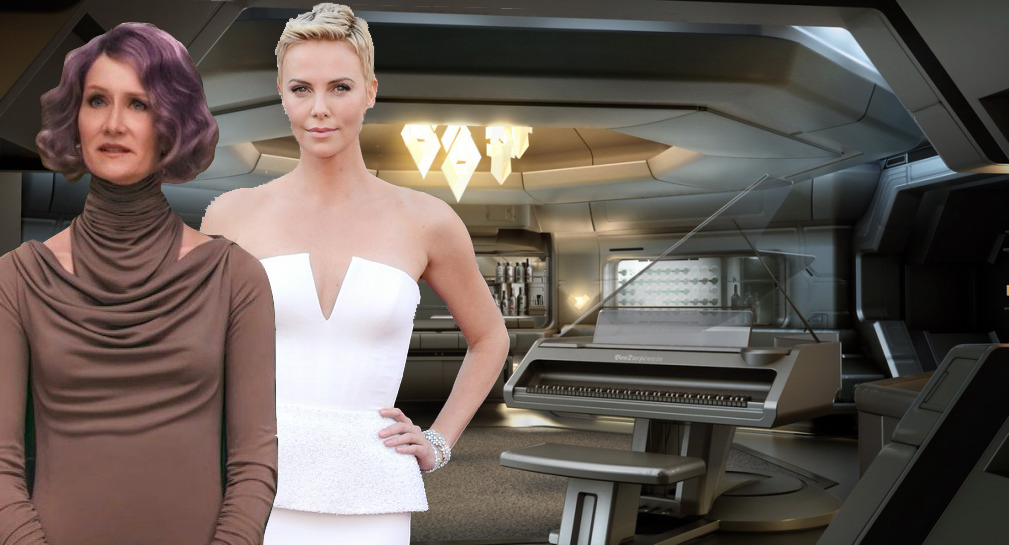 Creature comforts are part of what makes life bearable. A nice hot shower, some comfort food, a little television, or maybe a jigsaw puzzle to pass the time while everyone else is in hypersleep. When you’re light years from home, you probably want a ship’s manifest that’s heavy on food, water, medical supplies and spare parts. AAA is not going to respond to your distress calls, so self reliance is a necessity, not an option. But Meredith Vickers (Charlize Theron) has made sure her ship has all the options. For example, instead of proper surgical equipment for women, she’s opted for a grand piano, full bar, sofa, chandelier, and pool table. Vickers isn’t there to work, her mission is to hold the best damn cocktail party this side of Orion’s belt.

Rule #3: Never, ever, trust an android

David is the name given to a series of androids manufactured by Weyland Industries, the funder of this mission. The newest model, 8th in the series, possesses human emotions. He comes complete with an unbalanced ego to match his superior intellect, and as an added bonus, he’s terribly insecure. In his spare time, David enjoys re-watching Lawrence of Arabia and fashioning his hair to look like Peter O’Toole’s. Are you creeped out yet?

It’s a long trip, and you’re bound to get lonely. But after that astronaut boyfriend of yours is infected with an alien parasite, the least you can do is to use a condom. The love child that results from your roll in the bunk probably won’t be a boy or a girl. Sure, there’s the Med Pod 720i for emergency caesareans… wait, the pod you’re using is only configured for men. If this operation doesn’t go as planned, you can blame it on Vickers and her baby grand. 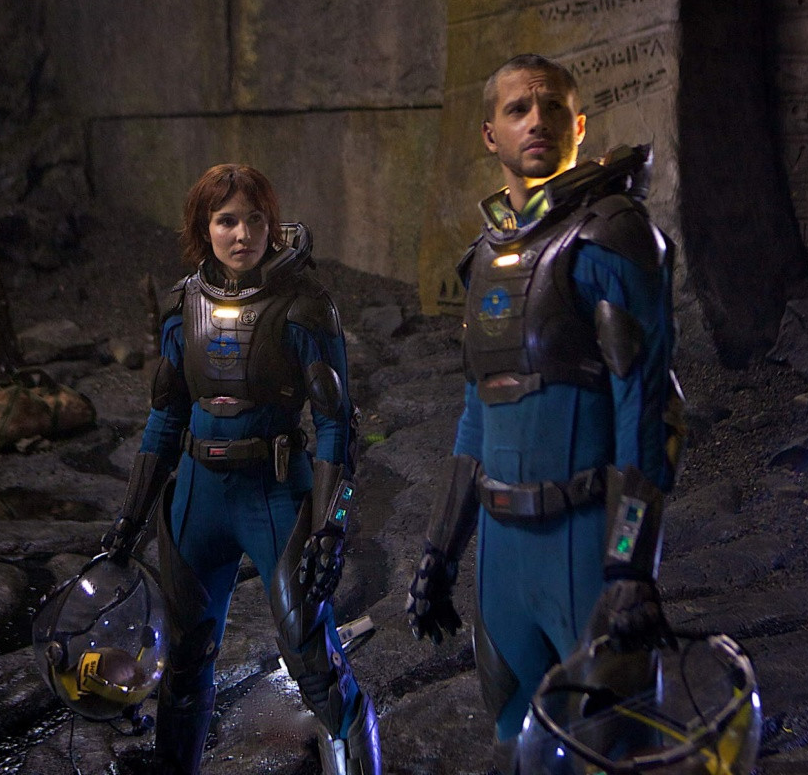 Rule #5: Leave your helmets ON people!

I can’t stress this enough. Airborne viruses, allergens, microbes, poisonous gases, radioactive particles, acid rain, mosquitos, lyme disease, falling rocks, and bats! It’s mostly for the reasons you can’t think of that you should keep your heads covered. However, I’m often wrong and this is a democratic age — People are routinely free to make bad decisions, so let’s take a poll. Helmets on or off? 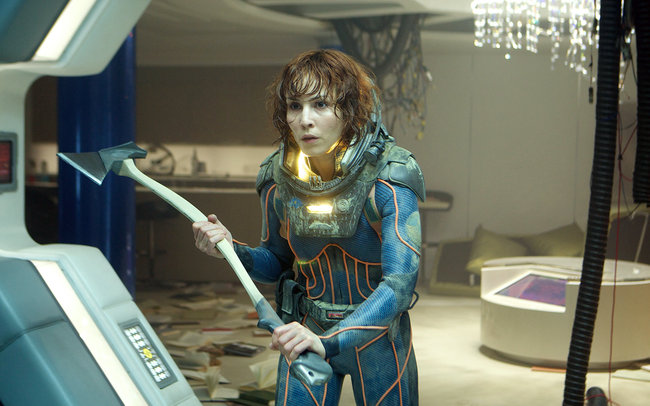 Think about how many times you’ve seen spacemen go insane. Space sickness afflicts more people than say… hemorrhoids. Just ask any of the Soviet cosmonauts that served on the Mir space station. Prolonged isolation, mechanical malfunctions, and fires take a toll on a person’s psyche. To be fair, Elizabeth Shaw (Noomi Rapace) isn’t channeling Jack Nicholson’s character from The Shining in this scene. She’s fighting for her life after a long series of avoidable mistakes. Her delusion was in believing that the creators of mankind would welcome her with open arms.

Most of the offers from Groupon don’t really interest me, but a $19, two ticket, two large popcorn coupon for the Cinerama movie theatre in Seattle is a good deal. That’s especially true when applied to a $15 per ticket 3-D presentation like Prometheus. And if you’ve never been to Cinerama, no matter where you live, it’s worth the trip. Picture one of the last grand theatres in the country, owned and operated by a cinephile who also happens to be one of the wealthiest people in the world. State of the art projection and sound systems. They are operated as an independent theatre, and show whatever movies strike their fancy. Profit is apparently not the objective, because many of the shows I’ve gone to see there are mostly empty. And the concession stand isn’t the cheapest date, but it also doesn’t try to rape you.