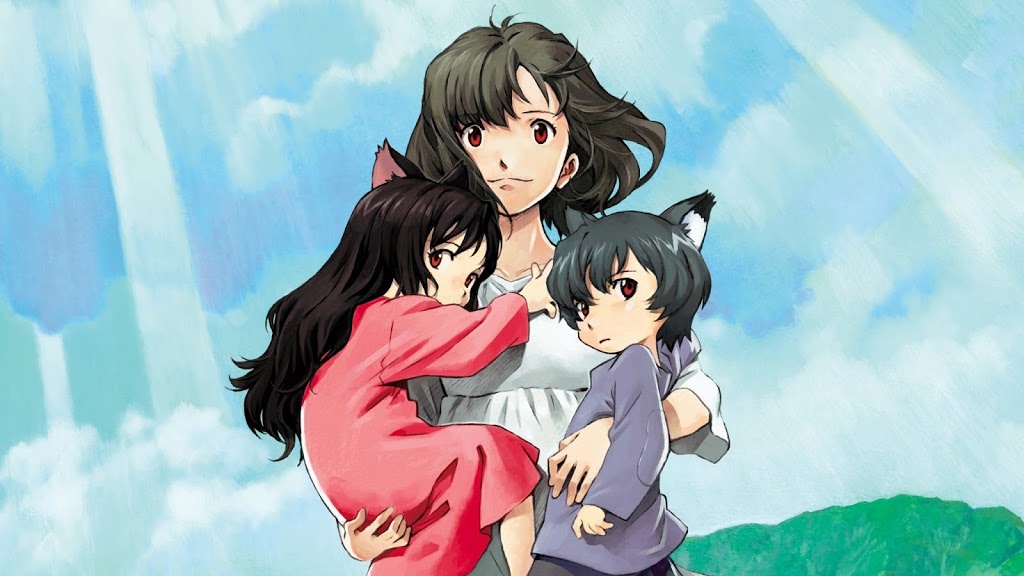 This is the story of Hana and her children, and the household furniture they gnaw to pieces. Hana is an ordinary woman, a college student at one of Japan’s big universities. My guess is that she’s studying philosophy, but nothing about her school curriculum is made clear. Her children and their father, on the other hand, are a little more complicated in terms of scientific classification. Hana’s mate and their offspring have the ability to transform from human to wolf form and back again in the blink of an eye.

Writer-director Mamoru Hosoda’s new film is rich in hand painted animation as well as a multi-faceted storyline. His ability to balance blissful joy with absurdly black humor, and to instill in the plot both a sense of fantasy and practicality, make this movie both predictable and unexpectedly entertaining at the same time. That last sentence sounds like one big contradiction so let me illustrate what I mean.

Early in the film, one of Hana’s children devours a packet of silica gel granules (you’ve seen these little inserts, about the size of a packet of sugar, often packaged with moisture sensitive merchandise to absorb stray water molecules). Well, the wolf child begins vomiting and Hana is terrified, afraid that the silica is poisonous. Not yet fully in command of the situation, Hana picks up her little boy and begins running toward a nearby medical clinic only to be confronted with a veterinarian’s office on the other side of the street. The dilema is then whether to take the boy to a vet or to a medical doctor. I don’t blame Hana for her indecisiveness, there really aren’t that many books written about the raising of wolf children. 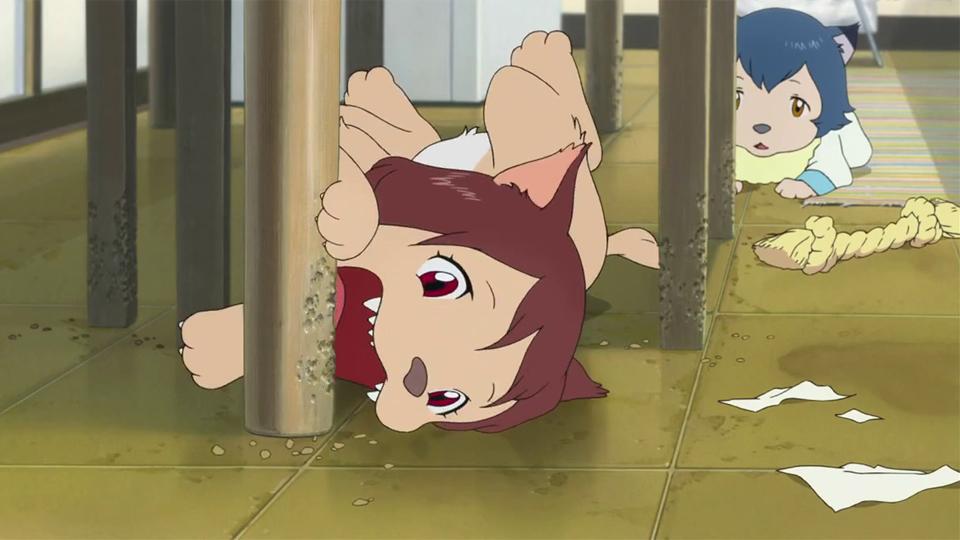 After the accidental death of her husband and increasing harassment from social services (the authorities want to know why her children have never been vaccinated), Hana decides to pack up the family and move to the country. With the help of her new neighbors, she manages to become a successful farmer. But Hana doesn’t deserve all of the credit for her newly found green thumb. As it turns out, the children like to pee on the foliage surrounding their farm and the scent of wolf urine drives away other animals. See, I told you that there were practical aspects to this film!

In pre-modern Japan, wolves were worshipped as sacred. Farmers left offerings near the animals’ dens in the hope that these canines would protect the peoples’ crops against foraging animals such as deer and wild boar. However, with the spread of rabies during the Meiji restoration period (beginning in 1868), the wolf was deemed a threat to ranching. Subsequent bounties and direct chemical warfare against the animals resulted in their complete extinction by 1915.