I submit to you 12 films from this year’s festival, 11 of which are worth seeing. The best of this batch are Redemption Street, A Hijacking, and Wolf Children, three very different movies from the countries of Serbia, Denmark, and Japan. 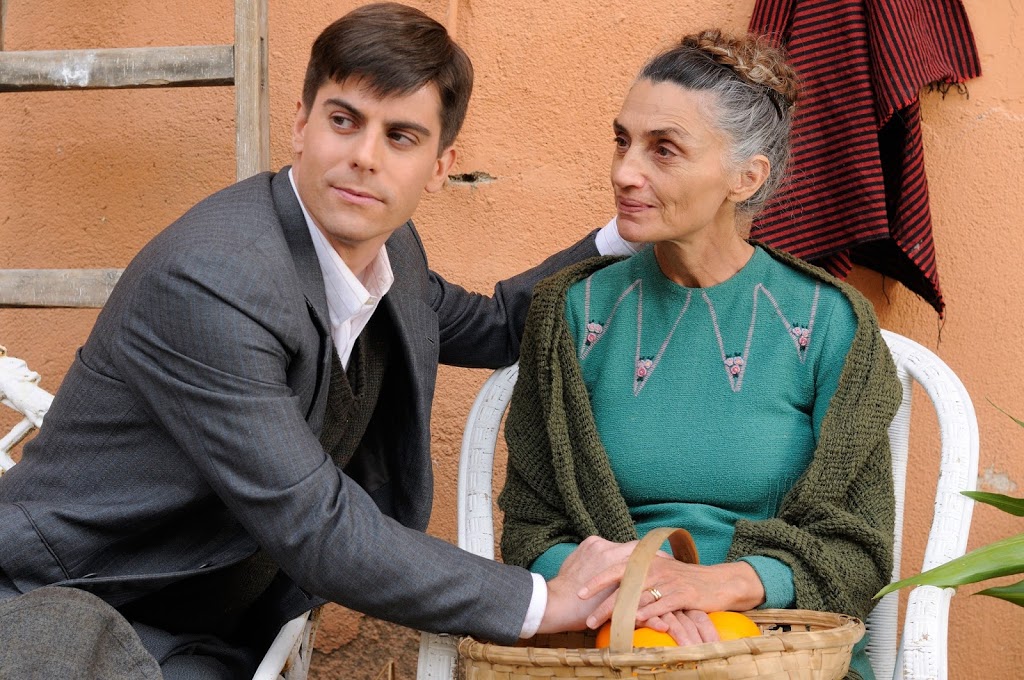 A young military clerk goes about his routine duties, typing up absurd court decisions and scheduling the daily execution of convicted subversives in Franco’s 1950s Spain. But all of that is about to change, because unbeknownst to Enrique, his fiancé (and boss’s daughter) is a key player in the Spanish underground. The festival wouldn’t be the same without seeing 3 or 4 entries inspired by dictator Francisco Franco’s wacky regime.

Finnish cinema is sometimes less subtle, though more enjoyable, than a swift kick to the head. For many of the characters in this film, a cerebral hemorrhage might be preferable to the mental anguish they’re forced to suffer. First, a bullied boy with few friends is separated from his dog after the child’s mother has his beloved pet put to sleep (the animal annoys her). Then, a lonely girl looking for attention and fame is lured into the making of a hardcore, handheld porn flick. After that, a father and son dressed as Santa Clauses commit armed robbery to pay off a loan shark. There are several more parallel plot lines, but you’ve suffered enough for one day. 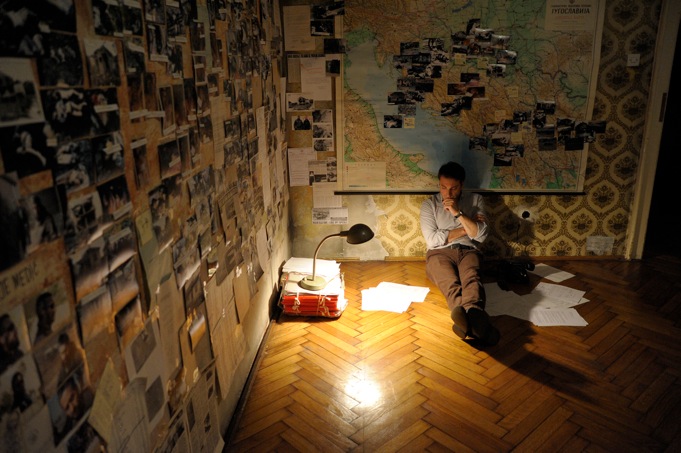 The war that resulted from the breakup of Yugoslavia was devastating. After the fighting ended, war tribunals were established to hunt down and prosecute the individuals who perpetrated heinous crimes against both civilians and members of opposing forces. This is the story of a young prosecutor who, though a gifted investigator possessing keen intellect, is politically naive with regard to the surviving power structures that the war left behind. It’s a mystery, thriller and great drama all rolled into one. 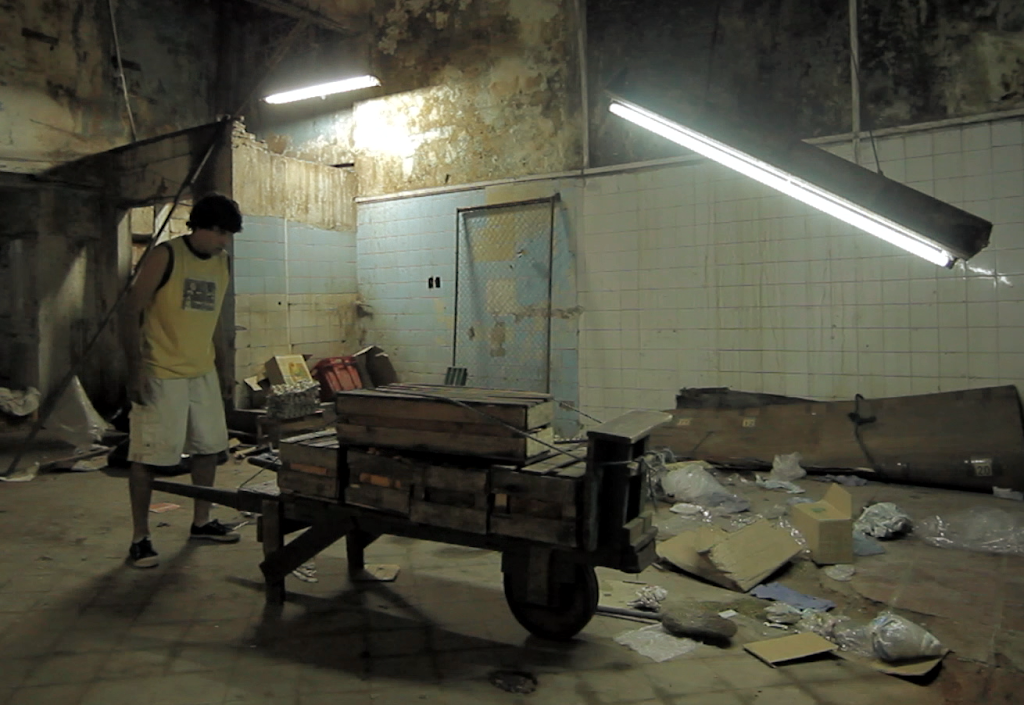 Set at night in Asunción, Paraguay’s Market #4, the logistics of filming this movie are as interesting as its plot. The market is a dangerous place, not only for the characters in the story, but for film crews as well. A young wheelbarrow porter named Víctor is offered $100 US to babysit 7 crates for a few hours by carting them around the market and eventually returning the boxes to their point of origin. Victor’s misplaced motivation for taking this job is rooted in his desire to purchase a cell phone with built-in video camera so that he can upload his face to YouTube and become famous. Needless to say, this is a dark comedy.

An aging widower and commercial truck driver is involved in a head-on collision, killing the female occupant of a small car. After the accident, sons Samuel and Alain travel home to cheer up their father and help him contemplate a new career. It’s a slow moving character study of the 3 men with no real plot twists or grand resolution. It’s a reasonable and realistic film, much like the demeanor of Canada in general.

The Artist And The Model 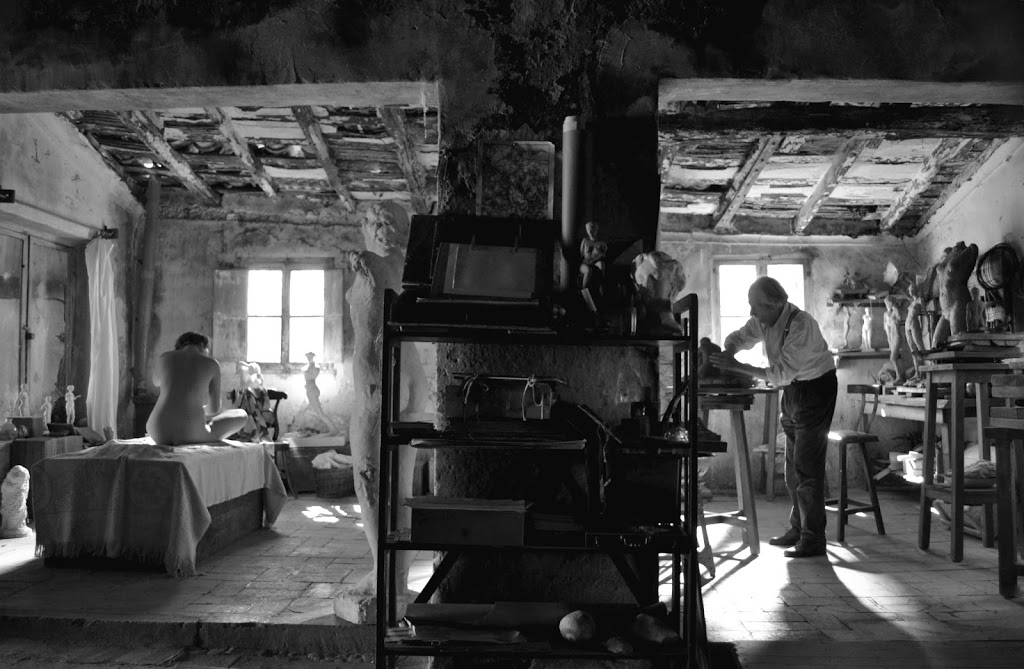 An aging artist in German-occupied France decides to give his quest for the perfect sculpture one last shot. Armed only with a shotgun and a beautiful young girl, Marc Cros re-opens his dusty workshop in the foothills of the Pyrenees and begins to sketch. Whether Marc can remain completely disjoint from the war going on around him remains to be seen though. 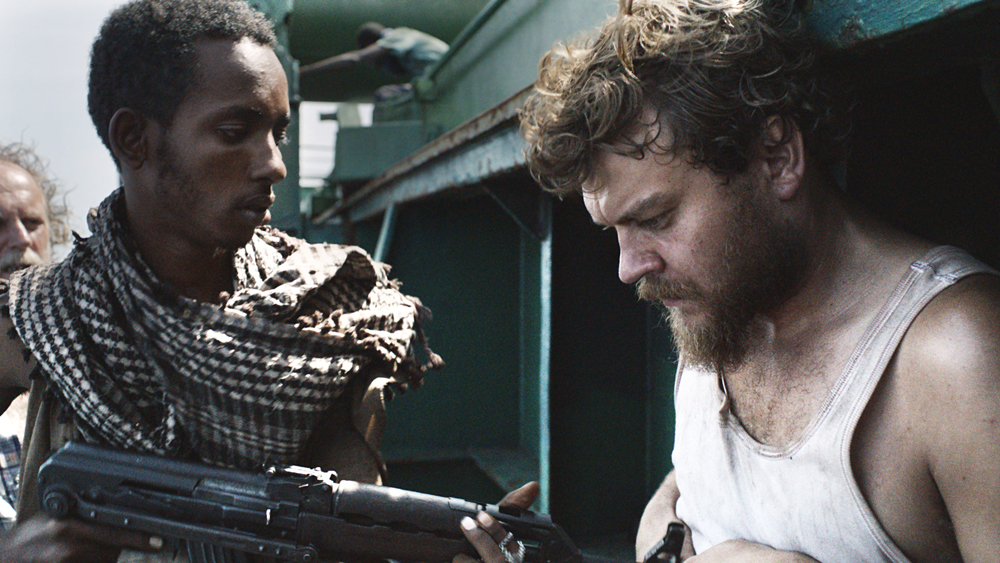 After a Danish cargo ship is hijacked by pirates off the coast of Africa, the company’s “hands-on” CEO attempts to negotiate the crew’s release. It’s not that the CEO’s a bad negotiator, quite the contrary, but pirates aren’t like typical businessmen. Time is often a factor in big business, and closing a deal quickly can be a necessity. However, in the world of kidnappers and pirates, time is a way of wearing down the corporate negotiators who’s sailors are being held hostage. 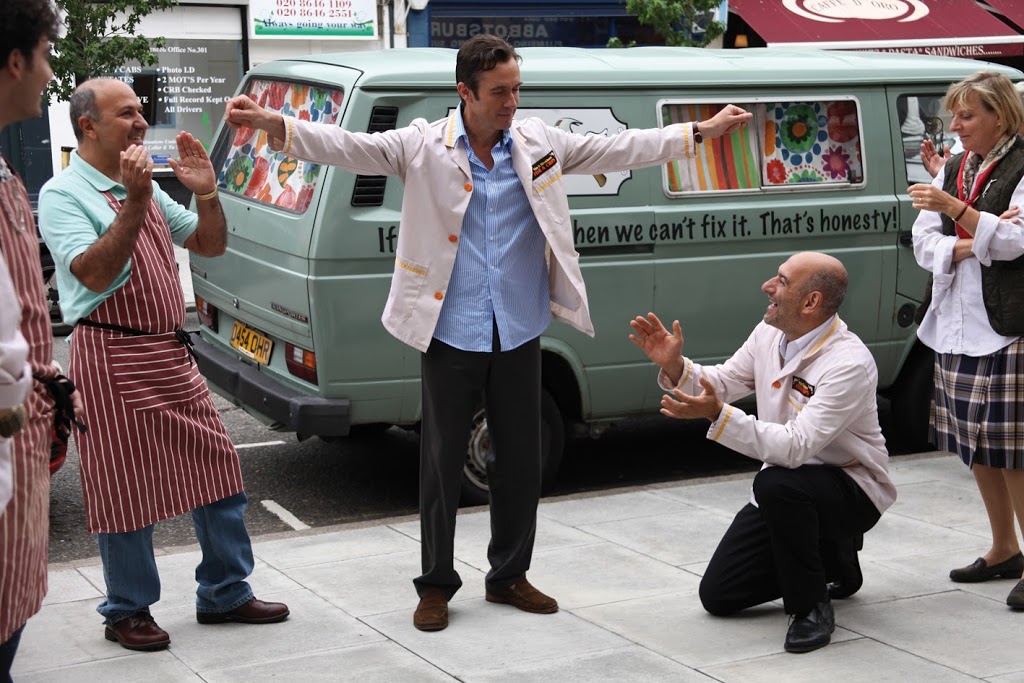 America is still the land of opportunity, where the son of a Greek immigrant can build a prepared foods empire. But when Harry Papadopoulos over leverages his thriving businesses in order to build a commercial plaza, the economy unexpectedly goes bust and financial lenders are forced to call in their debts, rendering Harry broke and his family out on the street. Yet, even in times of monetary dispair, it’s possible to find happiness and laughter in the re-opening of your family’s old fish & chips shop. What I took from this film is that the lower middle-class is happier than the lower upper-class. 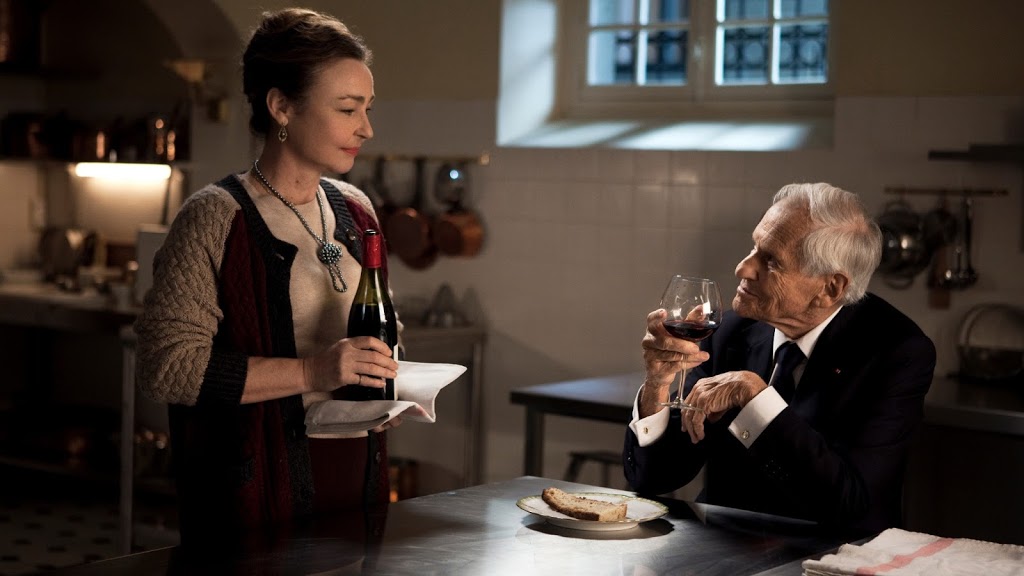 In the fall of 1988, a small farm owner and self-trained cook named Danièle Delpeuch was asked by the French government to become the personal chef of President François Mitterrand. For years, she ran a small kitchen at the Palais de l’Élysée, preparing traditional, home-cooked meals for the aged politician and his guests. In this film, the part of Danièle is played by a character named Hortense Laborie. Apparently, cooking for the president of France was such a stressful experience that Danièle first forgot her real name and then fled to the Antarctic for a year to hide out and recover. 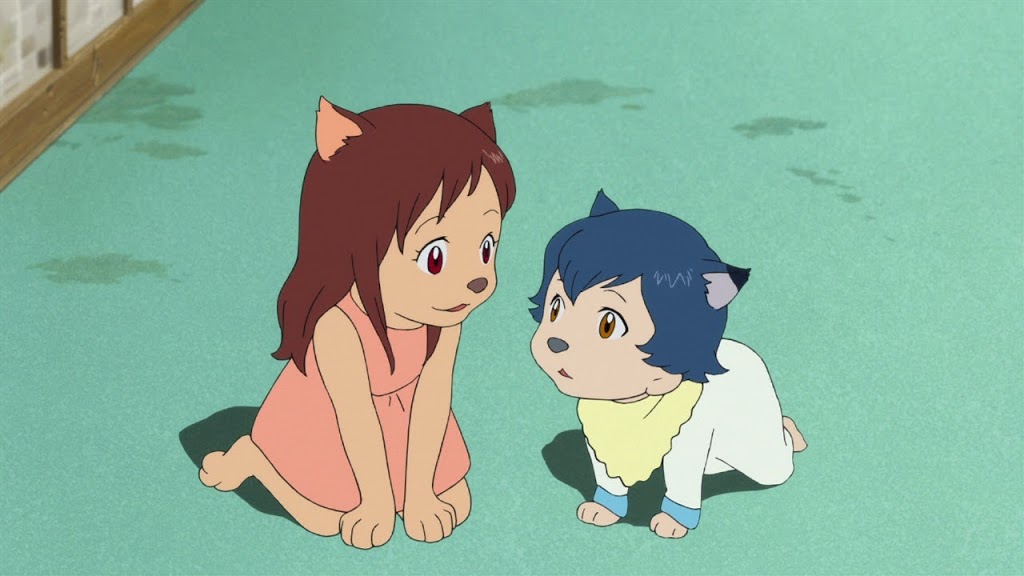 This is the story of Hana and her unconventional love for 4-legged beasts. While attending university, Hana happens to fall in love with a classmate who turns out to be half wolf and half human. The remainder of the film addresses the problems associated with raising multi-species offspring. Japanese storytellers often impress me with their ability to combine fantasy, practicality and historical reference. Read the full review here. 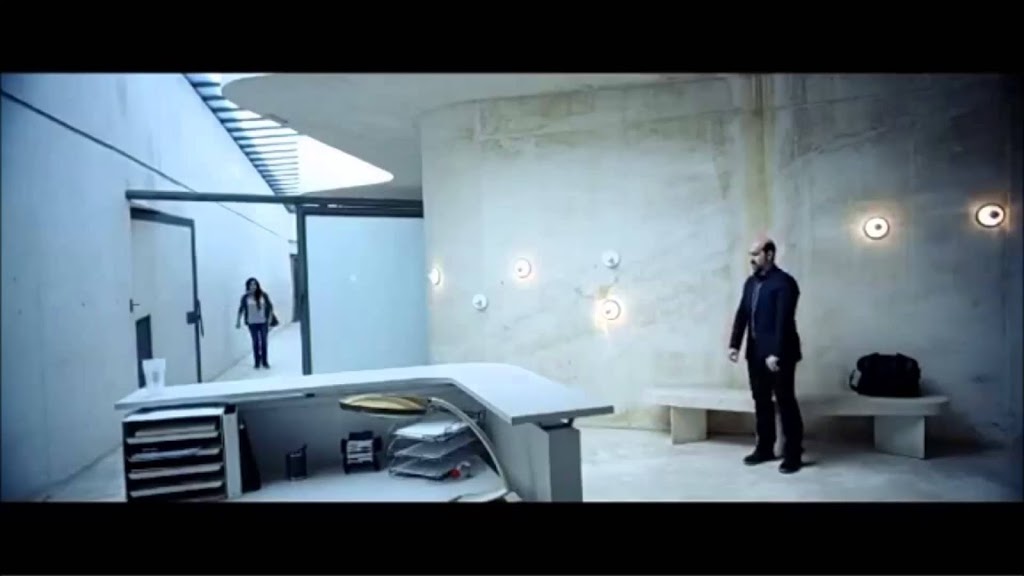 Set in the not too distant future, Spain’s economy and banks have failed for the 4th or 5th time (I lost count). Europe is no longer going to bail out the Spanish speaking country to its south and everyone is moving to Germany, leaving tens of thousands of homes abandoned. Meanwhile, a long divorced couple spend the entire film at a deserted mausoleum, discussing the failure of their marriage and death of their child that resulted from cut-backs in emergency services (the child’s death, not the marriage). There, I’ve just made this movie sound 10 times more interesting than it actually was. 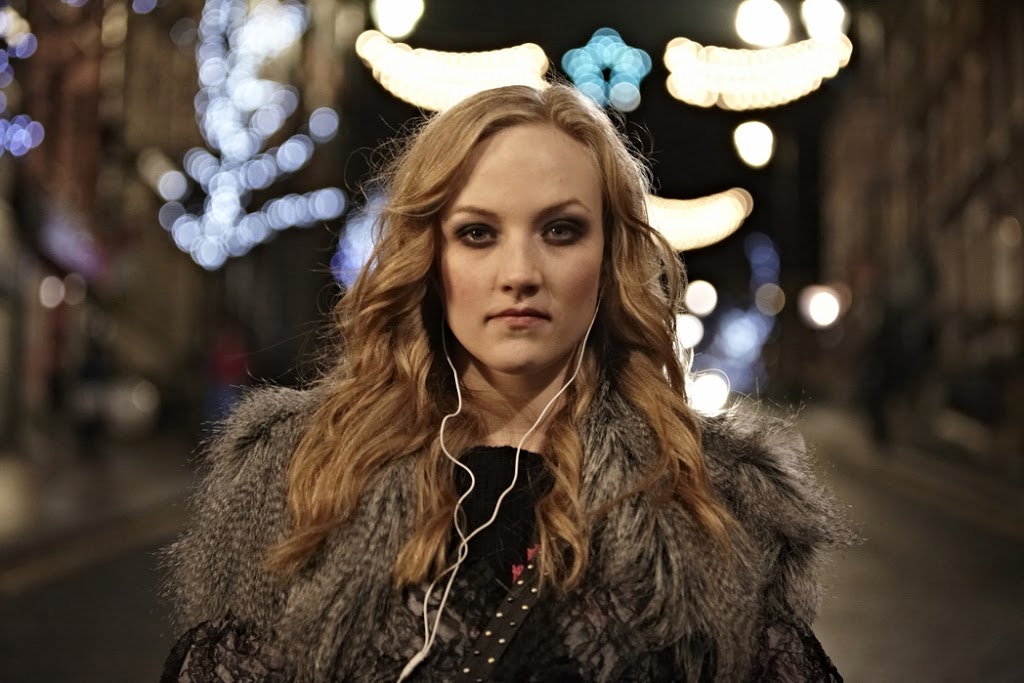 Several lives and their stories cross paths over the course of a new year’s eve in this fast-paced, north irish action-drama. The various plot lines are competently interwoven to produce a cohesive and surprisingly understandable piece (despite the Derry accents). It’s about a spoiled crime boss’s daughter named Greta and her inability to commit suicide. She has this strange fascination with a particular bridge, upon which we find her in both the film’s opening and closing scenes. The in-between moments amount to your run of the mill “girl meets boy, boy steals large sum of money from girl’s father, girl’s friends accidentally run over boy with their car and hide his body in the trunk, car gets stolen, everything works out in the end.”