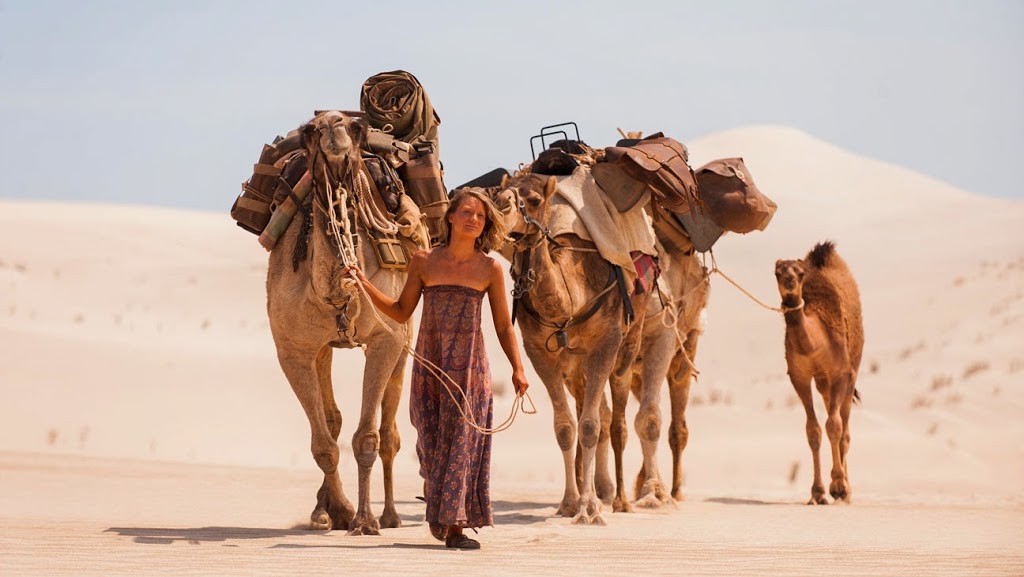 I expected this to be the story of a young girl feverish with idealism and countless flashbacks of events and experiences that drove her to flee civilization in favor of desolation. Not so much though.

Before the story even begins, Robyn’s family has fallen apart. After her mother’s suicide, Robyn’s father is deemed unable to care for her. After subsequent isolation by time spent in boarding school, Robyn gives little explanation for her plans to cross the Australian Outback on foot. We know that her father explored the African continent during the 20’s and 30’s, and surely his stories fired a child’s curiosity and sense of adventure. The screenplay doesn’t portray Robyn’s endeavor as a rash decision, but instead as a lengthy process of training feral camels and preparing for the trip.

Based on a best selling memoir by the same name, “Tracks” follows real-life Robyn Davidson’s 9 month, 1700 mile journey from Alice Springs to the Indian Ocean. In 1977, she set out with funding from National Geographic ($4000) and help from a photo journalist named Rick Smolan. According to Robyn, sponsorship felt unnatural but she really needed the money for the walkabout to succeed. As for the trip itself, National Geographic influenced the route — The magazine wanted a beginning, middle and end, not items high on Robyn’s list of importance. But maybe part of “succeeding” in life is realizing that you need to make compromises. In an interview, she noted that one of her goals in going to the desert was “to try to understand some aspects of Aboriginal culture”. For a part of her trek, she’s accompanied by one of the tribal elders as she crosses through sacred areas. 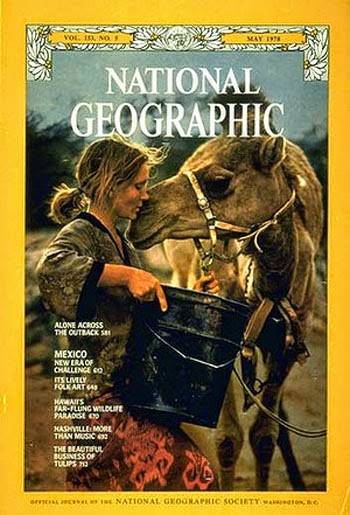 Given this is a mostly historical account, we know that Robyn completes the trip. The photographer (played by Adam Driver) sent by National Geographic to document the journey first strikes me as bit annoying and manipulative. But then we get to know him a little better, and he’s both a passionate and supportive cohort. By the the end of the film he seems more invested in Robyn’s success than she is, going thousands of miles out of his way to deliver water cans along her trek through the desert.

More interesting than anything else is what this film taught me about feral camels. I had no idea there were so many. Thousands of dromedary camels were imported from India and other eastern countries during the period of 1870 to 1900. They were mostly used for riding and heavy work during the colonization of central and western Australia, however when automobiles arrived at the beginning of the 20th century, many were released into the wild. Today there are thought to be about 300,000 roaming the country.

The cinematography is the first and foremost reason to see this film, but acting is a close second. Mia Wasikowska was Robyn’s first choice for the actress to portray her. I’m also impressed with the screen writing, it doesn’t play at all like a true story. Somewhere out there is a forgotten, May 1978 issue of National Geographic sitting on someone’s bookshelf, with photos taken by Rick and an article written by Robyn.