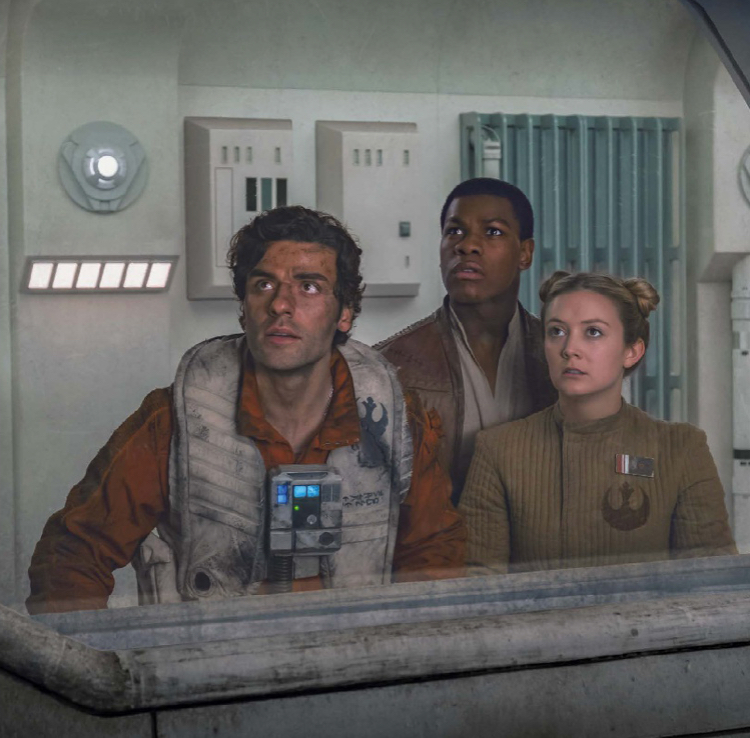 A long time ago, back in the summer of 1974, I saw my first Star Wars film. We were on a cross-country trip, my parents and I moving from Boston to Seattle, and stopped in Kansas City to visit some of my mom’s relatives. Because nothing says “getting to know you better” than a dark movie theater, a bunch of us ventured out to see this new sci-fi, special effects, fairytale by George Lucas. It was awesome.

Relocated and settled into the Seattle colony a couple of years later, I was distressed to learn that one of my schoolmates had not liked the masterpiece of Star Wars. He had apparently thought it too “childish”. Come to think of it, it was kind of childish. What with the princess and knight and bandits and horses (Banthas are hairy 4-legged mammals ridden by the Tusken Raiders aka Sand People). I was deflated. Not that it mattered much at that point because I’d long since outgrown Star Wars and was now in love with Empire Strikes Back. About once a month, I’d take the Saturday morning bus downtown and stand in line for hours to get the best seats in the house to see Luke get his hand chopped off.

A few years later, when they released the Ewok Adventure, I thought that was the nail in the coffin. A three deal serial is a nice round number, no need to get greedy, there’s plenty of other things for everyone to do with their time. Besides, the Ewoks had sent us over the top in cuteness factor, no one wanted to see any more of that crap. I didn’t need to shell out any more money, I could get on with my life.

And then there was a long pause. 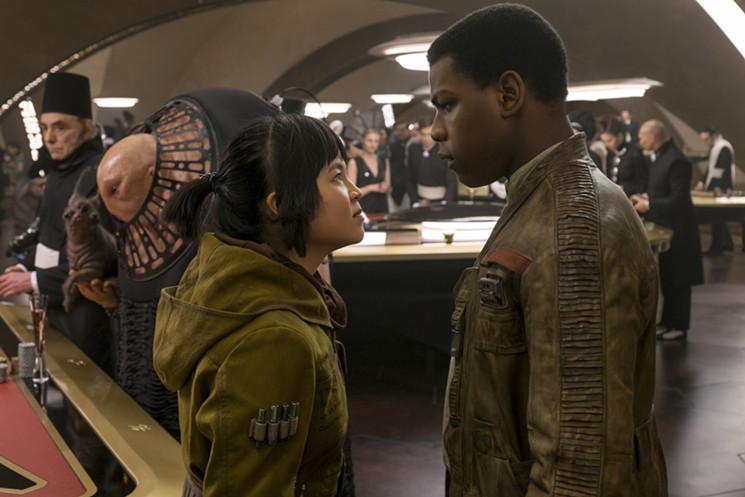 In May of 1999, George Lucas excitedly hobbled back up onto the stage with a franchise reboot. Yes, George foretold all of this from the beginning, but it’s still a reboot. Technology, over the years, had advanced to the state of Jar Jar Binks. “Roger, roger” soldier robots, princesses body-doubles, and a young Yoda. This time, I watched from the sidelines, letting a new generation throw their support under the bus (Jar Jar seemed to be driving afterall). As CGI in live action cinema goes, this was still the pioneering days, albeit ridiculously careless ones. Jar Jar’s people and the droid armies on Alderaan upstage even the great Liam Neason, Ewan McGregor and Natalie Portman combined. And the writing for those droids is f___ing atrocious.

Fast forward to today and The Last Jedi (I wish it was, I really do). The dialogue for live action characters is now as bad as that for the droids. Plot locations bounce from quadrant to quadrant with less explanation than ever. I would imagine that the number of filming locations could be reduced too, at least those requiring full cast and crew. Since a large portion of the movie is filmed in front of a green screen, aren’t the humans–sorry, I mean actors–the anomalous artifact at this point? (segue to The Congress).

Mark Hamill is hilarious this time around, that was probably my favorite facet to the film. I feel like he’s playing himself as opposed to the character of Luke. But Mark isn’t on screen much, so we’re left instead with Kylo and Rey who continually manage to butt-dial one another over the Force’s long distance lines at less than opportune moments (really?) Or we could hop a shuttle with Finn and Rose over to the casino planet full of arms dealers, and free a few racing beasts in the process (makes PETA happy). Perhaps illegally park our space ship on the beach and draw lots of unwanted attention from the local authorities? Or we could hang back on the rebel cruiser and listen to Leia drone on about something or other–No one else seems to listen to her, maybe she’ll appreciate the company.

The parade of secondary characters is puzzling. Benicio Del Toro, Laura Dern, and Justin Theroux. Did Theroux even have lines? I know Dern had lines, boy did she have some good ones, like when she dressed down Poe for asking too many questions. I believe she called him a “trigger-happy flyboy”. We started out with “scruffy looking nerf herder” and have somehow found ourselves at a USO dance in 1942. I wonder if Laura’s dance card is full, I’ve yet to compliment her on her dress. Oh, she’s a vice-admiral by the way, just wanted to make that clear, the earrings certainly don’t.

I won’t even touch on the meaning of dislike for Kelly Marie’s character, but it’s out there. I just thought she was poorly written, like all of the other characters.

The franchise now feels like a half-empty marketing vehicle, one with no writers near the wheel, in fact I think Jar Jar may still be driving. Blame yourselves for feeding the beast, and this Hollywood monster that refuses to die. The writing was never very good in this franchise, but the latest installment is that much worse. If this type of film appeals to today’s 12 year olds, I feel sorry for them. There’s a lot of good science fiction available to watch out there. Please don’t take your kids to see this.

Like McDonalds, Star Wars isn’t what it once was. Nothing fresh here, just some reheated meat on a stale bun.