When I heard that someone was making a movie about mountains and that Willem Dafoe was narrating it, I was aroused. Dafoe’s voice has the same effect on me as that of Christopher Walken’s. Both expouse a fluctuous, accentuated, almost stumbling stream of words that either enchant or encite. Dafoe has a softer, laid-back cowboyesque flavor, whereas Walken is that New Yorker dropping acid on NJ transit during rush hour.

Mountain is much more than a voice-over though. We were once afraid of mountains, that is what the film teaches us. We were also curious about, then obsessed with, and sometimes indifferent to them. I don’t see a lot of Warren Miller pictures, so I’m unclear how spectacular the photography should look, but the footage of this film seemed pieced together from differing stock and quality? That’s my first impression, just forget musical score–Maybe we saw it in one of the small theaters at SIFF, maybe the volume was down, we didn’t sit in the perfect seat, we didn’t know to care more about the music than Dafoe’s voice or the GoPro footage at the time. The soundtrack is available on Spotify.

I was not in awe of the mountain’s majesty or its photogenicity. The social interaction between man and mountain, and man and man and mountain is what seemed most interesting about this production. What was first an insurmountable obstacle later became an adventurist’s playground and engrained in our socioeconomic makeup. Photography, painting, travel, railroads, highways, snowshoeing, hiking, rock climbing, skiing, fishing, logging, fresh water supply, hydroelectric power, and wildlife habitats are just what immediately come to mind.

At 70 minutes running time, it’s worth a look. If mountains are in general what you seek, there are festivals dedicated exclusively to the subject. You might find more of what you’re looking for by reviewing some of their submissions: 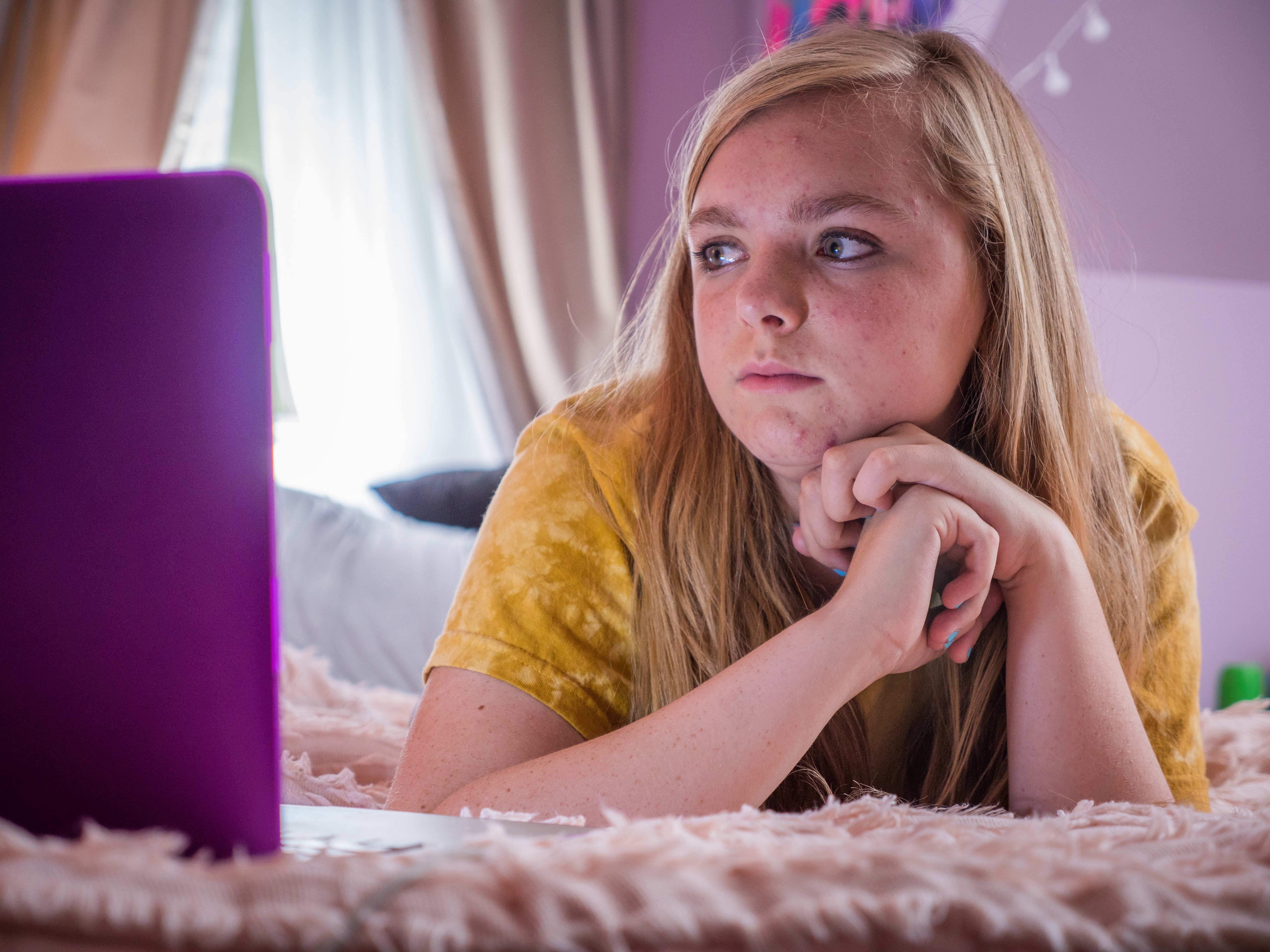 Kayla is about to finish the 8th grade and graduate middle school. Aside from having a lot of acne, her life seems pretty ideal. She’s got the soft-spoken, trying-to-be-hip 30-something single father that any boyfriend’s mother would love to meet. No one’s bullying her for lunch money, nobody’s forcing her to turn tricks, she’s not addicted to drugs (that we know of). We’ve all been in Kayla’s shoes before, living the middle-class dream, hanging out at the mall with friends because there’s simply nothing better to do.

Despite its narrow focus, this film should play well to the masses. The story is set in a very specific time and place, present day western society. It is targeted at white, upper-middle class Americans with a liberal leaning. Even if you didn’t grow up in a place like Bellevue, Washington ($104,839 median family income, circa 2012), and didn’t drive a Porsche or Mercedes to high school, and did have two after-school jobs just to help support your family, you’ll still appreciate director Bo Burnhams’s new invention of “credible cinema”.

Credible cinema doesn’t inflate the importance or likelihood of an event. Kayla doesn’t need to get arrested in the last quarter of the film just to trigger an all-out confrontation followed by the inevitable reconciliation of father and daughter (fade to black; roll credits). Timing and music are used to create crescendos and valleys over a relatively uninteresting, sometimes barren, landscape of what is the 8th grade. Write what you know, that is what they say.

Elise Fisher is perfect for this role, and the role is close to perfectly written. I’m not sure what else to say. It’s like that scene from Defending Your Life where Meryl Streep sits around re-watching heroic moments from her character’s life with the attorneys and judge on the last day of her trial–It’s a no brainer how well this film works. 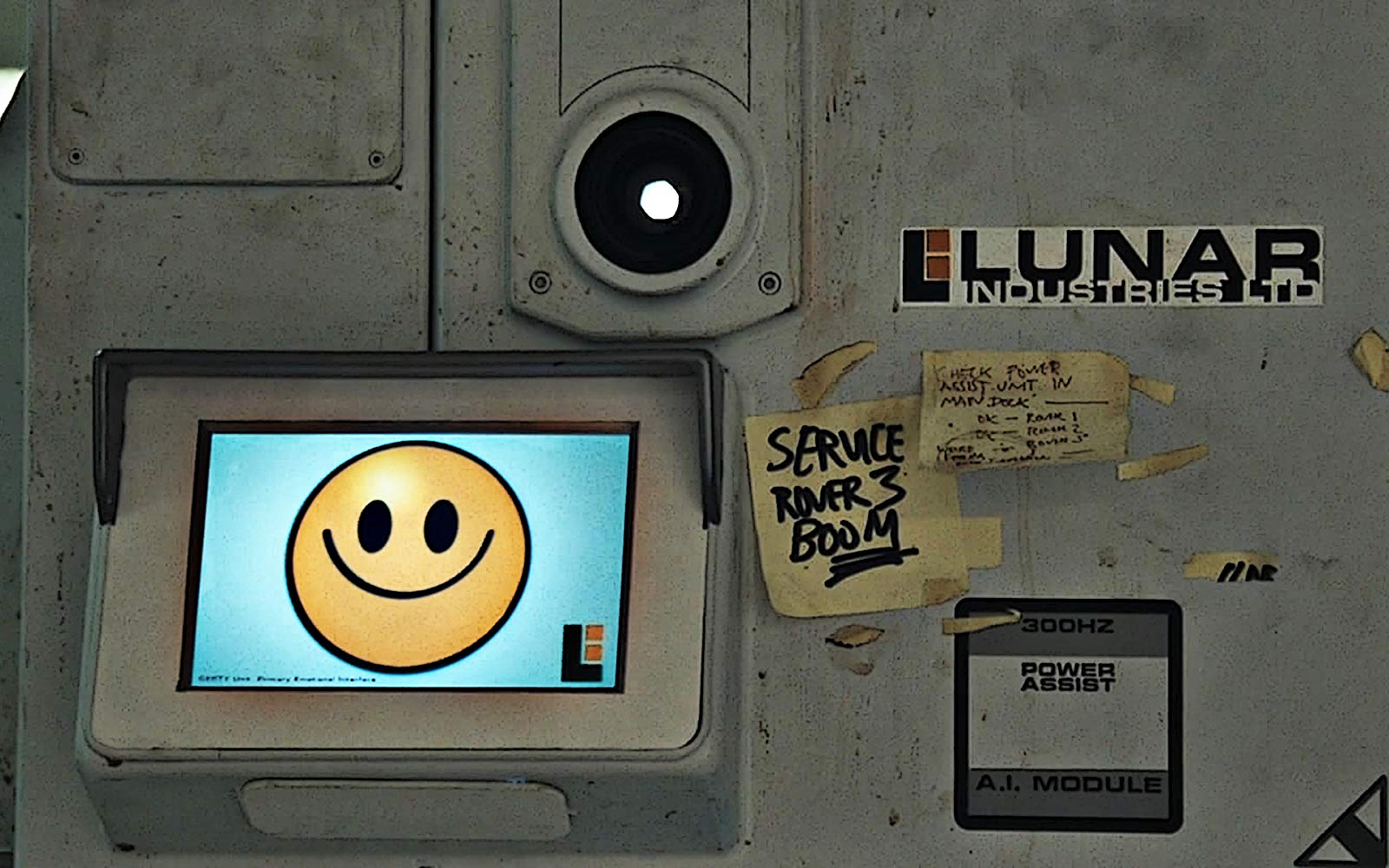 Except the father. What kind of limp-dicked white yankee hangs out and goes “boo-hoo” with his daughter? That’s probably what the other 46% are wondering, as am I to a certain extent. I know he’s barely a supporting actor role, but give the man some dignity. Why can’t he have some drug or alcohol problem, something the daughter is helping him cope with and things are getting better. Or at least let the dad have flashbacks (of whatever, a construction accident is ok). The father figure in this story has no soul, no depth, … think of him as the smiley-faced computer in Moon.

Tune in next time when I try to define “Uncredible” cinema (example?)

WARNING: This film and its trailers are not meant for the mountain people of Nepal.

An Iranian man takes a jacket and slacks from the closet. They’re not newly cleaned, but carefully maintained, and apparently re-used on a regular basis. He has a serious look on his face that doesn’t waver. He lives in a small room of shared housing and is clearly not well off.

Earlier in the day, we saw the man receive end-of-day payment for an off-the-books moving job. After which, he proceeded directly to a Tabac and wired a large handful of money to some unknown, foregin recipient. He must be an immigrant mailing euros to relatives at home. He’s likely in Denmark on a temporary work visa.

But the man moves with a mission, so there must be more to his story. The evening finds him at a bar on the opposite side of Copenhagen, glad handing the ladies in a race against time to find a sugar momma (woman of Danish citizenship) that will say “Marry me!” and get Danish immigration off his back. But that’s only where complications begin, not a solution.

The film’s somewhat suspenseful. Definitely tense. There’s a little violence. There is lust, and love. Betrayal. The relationships we see (and don’t see) are complicated by invisible forces of marriage, family, disparity, guilt, and political history. My only first-hand experience with marrying for citizenship was a Jordanian student who was lured into a rent-a-fiance scam. Not sure how that turned out, but I do remember him contracting syphilis.

Foreign movies often don’t reach us until a year after they’ve been released elsewhere. I suppose that’s a good thing, not having to wade through the world of mediocre and bad productions. Once, not long ago, I ended up looking at a Russian distribution company’s catalog after seeing another of their films at festival. I recognized none of the catalog’s entries, new or old. Makes me wonder how limited my curated view of potential cinema really is.